January 27, 2021by Christina
The $100 Room Challenge is wrapping up today! Unfortunately, I can't quite call this a "reveal" since I still have some work to do. Most of the delay was due to rebuilding the gutted pantry and kitchen at the same time. 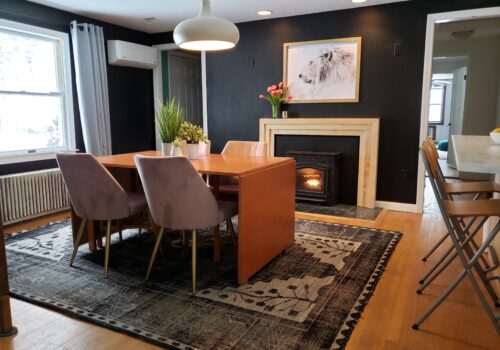 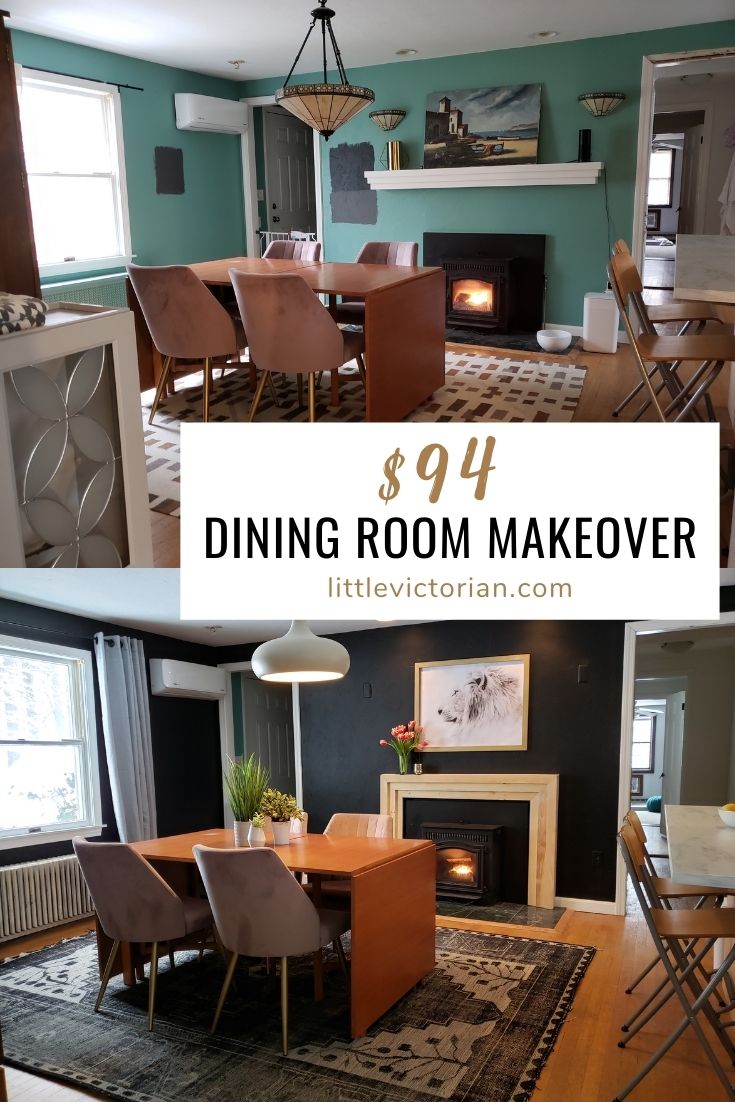 The $100 Room Challenge is wrapping up today! Unfortunately, I can’t quite call this a “reveal” since I still have some work to do. Most of the delay was due to rebuilding the gutted pantry and kitchen at the same time.

But here’s the room this morning, and then a month ago!

We removed the giant floating mantle and the Hubs built the new fireplace surround from scratch (we’ll do a post about it in the future). It still needs to be primed and painted, it will be a darker gray when it’s finished.

All it took to build was 5 boards, fasteners we already had on-hand, and the French cleat that we stole from the back of the old mantle to secure it to the wall.

This was one of those projects you’ve seen on most DIY blogs: a “blueprint” or “engineering print” from Staples. You can get a photograph printed in giant format for really cheap. Of course, it’s not meant for photographs, so it comes out looking grainy, but that look was fine with me for what I had in mind. I was hoping for something that looked old and modern at the same time, and the graininess did the trick.

For the frame, we used 2 1x2s, miter cut and fastened together.

I have lots to say about this project (including when we were getting ready to hang it and our dog stepped right through the picture and put a giant hole in it), so a post about it will be coming.

The rug is one we’ve had for many years. Unfortunately, even though it was a pretty pricey piece from a higher-end store, the ends started fraying pretty quickly.

If any of you have dogs or robot vacuum cleaners, you know both are drawn to anything fraying like magnets and make it their mission for the day to help in the unravelling process.

So the rug had to go away before it was completely torn apart.

Getting it repaired properly and officially would be in the many hundreds, and honestly that’s just not something we’re interested in spending hundreds on. So I bought an upholstery needle and wool yarn that matched and started stitching the ends.

It’s going well, but it’s time-consuming, so I still have A LOT to do. In the meantime, the really bad end is tucked under itself.

We wanted something more modern and more user-friendly than the big metal baby gate, so we built one out of a crib railing that we got for free from Facebook Marketplace.

Plants were collected from other parts of the house.

We removed the Craftsman style sconces, and replaced the light fixture with one we purchased for our office area, but didn’t end up using, so it’s been sitting in a closet forever.

Now go check out the huge differences the other ladies made with just $100 too:

You are invited to the Inlinkz link party!

View all posts in this series: 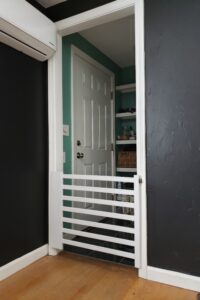 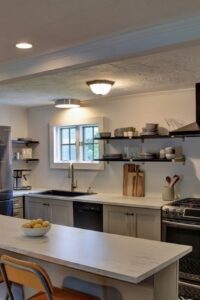 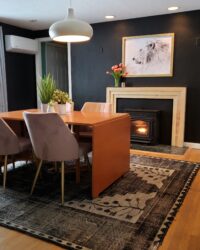 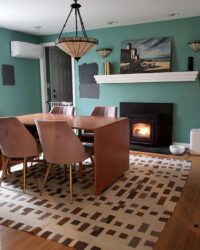 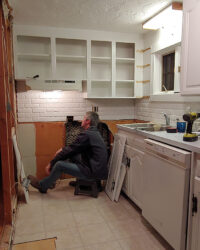