November 12, 2012by Christina
So I finally did it.  I was really tired of trying to make things work in a house that’s just too small.  There are so many functions the house has to serve and I just can’t squeeze everything in.  6 rooms just isn’t enough space.  Especially when the man works from home.  So I put […]

So I finally did it.  I was really tired of trying to make things work in a house that’s just too small.  There are so many functions the house has to serve and I just can’t squeeze everything in.  6 rooms just isn’t enough space.  Especially when the man works from home.  So I put down the money for an addition.  A pretty big one too.  If everything goes as planned, it will be two stories and additional 3 rooms.

So far, we’re thinking a master suite and a bigger office.  I’m really hoping we’ll be able to take the space from the 3rd room though, (which will be off the kitchen) and just open it up, effectively doubling the size of the kitchen.  Small kitchens are the worst.  Especially when they are closed off in the corner of the house.

I would just love for my little house to look a little something more like this:

I got pretty lucky though, and the whole thing is going to be pretty inexpensive.  The construction at least, I haven’t estimated the costs of the finishes yet.  But, in total so far, we’re at $15. 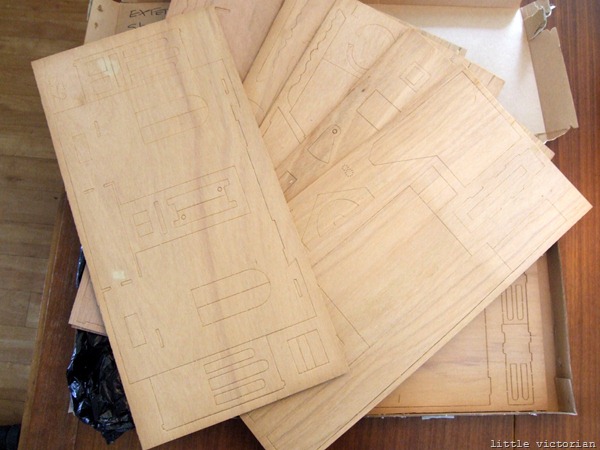 Okay, we’re adding on to the dollhouse, not the real house. 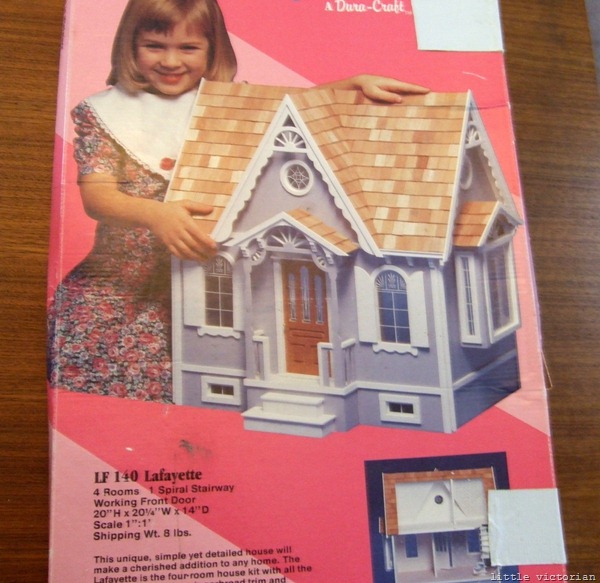 My two houses have even more in common than I thought: both only have 6 rooms and neither have a single closet.  Oh well.  I’ll dream about having a bigger little Victorian while I’m adding on to the little Colonial.

The kit was a steal.  Only $15 at Goodwill.  I am a little nervous though, because I have never built one before and it didn’t come with instructions.  I did find one copy of them online. They are a little hard to read.

But they will be better than nothing!  I have a feeling I’ll be emailing the master mini builder Meagan @ Tiny Fixation more than a few times for help.

I’ve had it for a couple weeks now and haven’t even popped out any of the pieces.  Still just staring at it like a deer in headlights and then walking away.  I’ll get brave soon.  Maybe later this week.  Wednesday night sounds like a good night.

Ever built any dollhouses before?  Any tips?

Blog and i had our first Anniversary