A new oil painting. What do you think?

December 5, 2012by Christina
Last time I was at Goodwill, there was a gentleman with a very lovely (and large) oil painting in his cart.  I saw him do a double take at the painting, examine it and then put it right back on the floor where he found it.  I guess he saw me watching, because he looked […]

Last time I was at Goodwill, there was a gentleman with a very lovely (and large) oil painting in his cart.  I saw him do a double take at the painting, examine it and then put it right back on the floor where he found it.  I guess he saw me watching, because he looked at me and said “It has a hole in it.”  He picked it up and showed me how someone attempted to repair it on the back and then repaint a small section on the front.  He said he thought it might be worth something because it looks old and it’s an original, but it’s not worth the time with a hole and the botched touch-up.

Apparently, he has been collecting paintings from Goodwill for years just because he enjoys them, but when he researched one in particular that he paid $35 for, he found that it might be an original from the 18th century.  And it was!  He had it appraised and learned that it was worth $1,800. 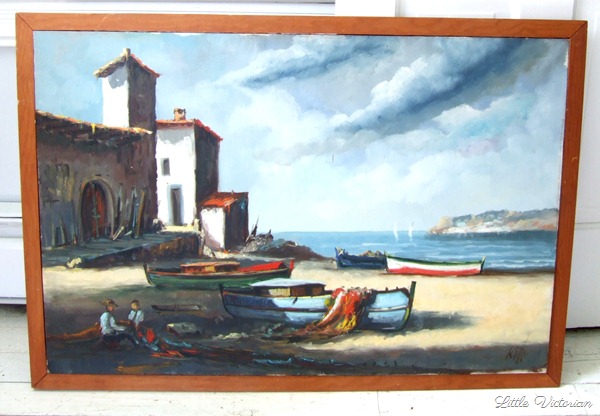 When we were done chatting, I purchased the painting for myself.  Because it was lovely and only marked $15 (in true Goodwill fashion, it’s written right on the back of the canvas in magic marker).  When I’m shopping, I try to stick to the rule that if I don’t know where I would use something, it doesn’t come home with me.  But I just couldn’t pass this painting up.

It’s currently propped up on the shelf behind our bed.  It looks nice there, especially with the current green walls and dark wood, but I have always wanted a large photograph of the Hubs and I in that spot, so it is just temporary.  After that, I have no idea where it will go.  It’s fairly large at 3 feet wide by 2 feet tall, which limits the places it can go, but the large size is one of the things I love about it. 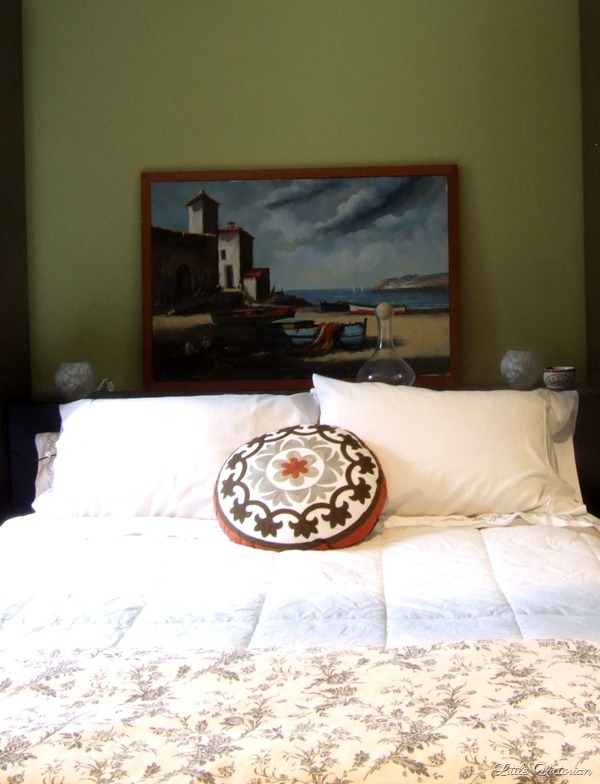 The frame, however, is very cheap and flimsy and…ugly.  We most likely won’t be getting a new frame for it, since those are pretty pricey, and if we keep the current frame, we will definitely add some reinforcements to the back.   What do you think?  Hang it up without a frame?  Upgrade the current frame?  Maybe add some molding to it and give it a coat of paint?

Undersized Urbanite Update: Introducing a few of the Houses

Mood boards for the dollhouse, I can’t pick a style!