October 13, 2014by Christina
Sometime around 2 years ago, I picked up two pretty little Moroccan lanterns for $15 each from Home Goods.  I had visions of them being real, hanging lights instead of just candle holders. I’m not entirely sure, but I think I originally wanted them to be in the bathroom over the sinks.  (Since we’ll be […] 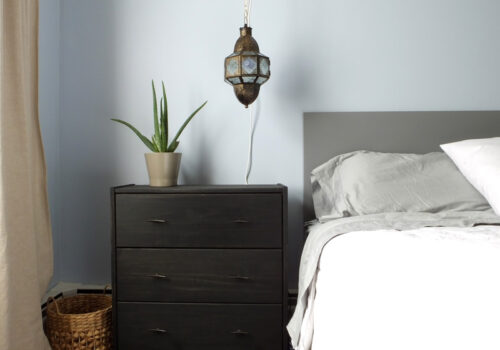 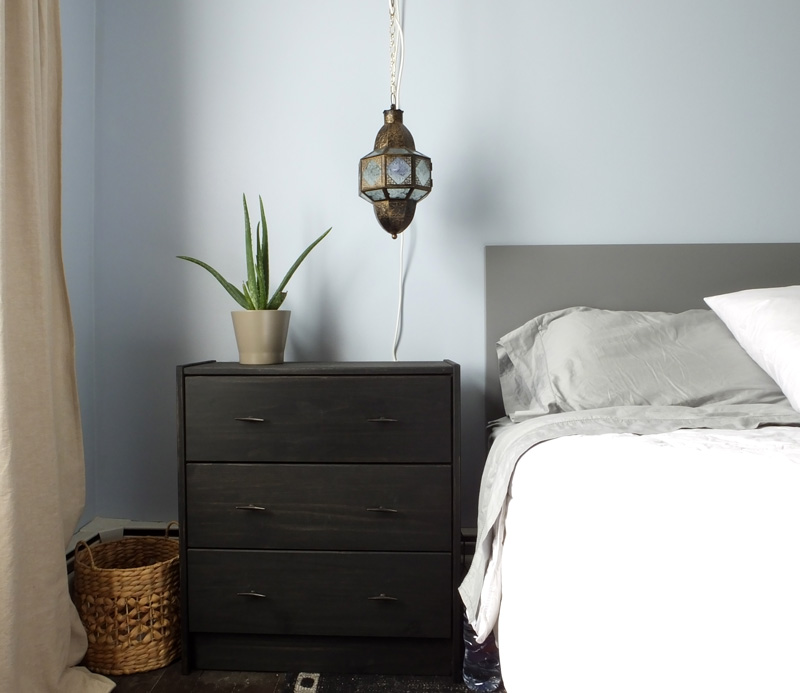 Sometime around 2 years ago, I picked up two pretty little Moroccan lanterns for $15 each from Home Goods.  I had visions of them being real, hanging lights instead of just candle holders. 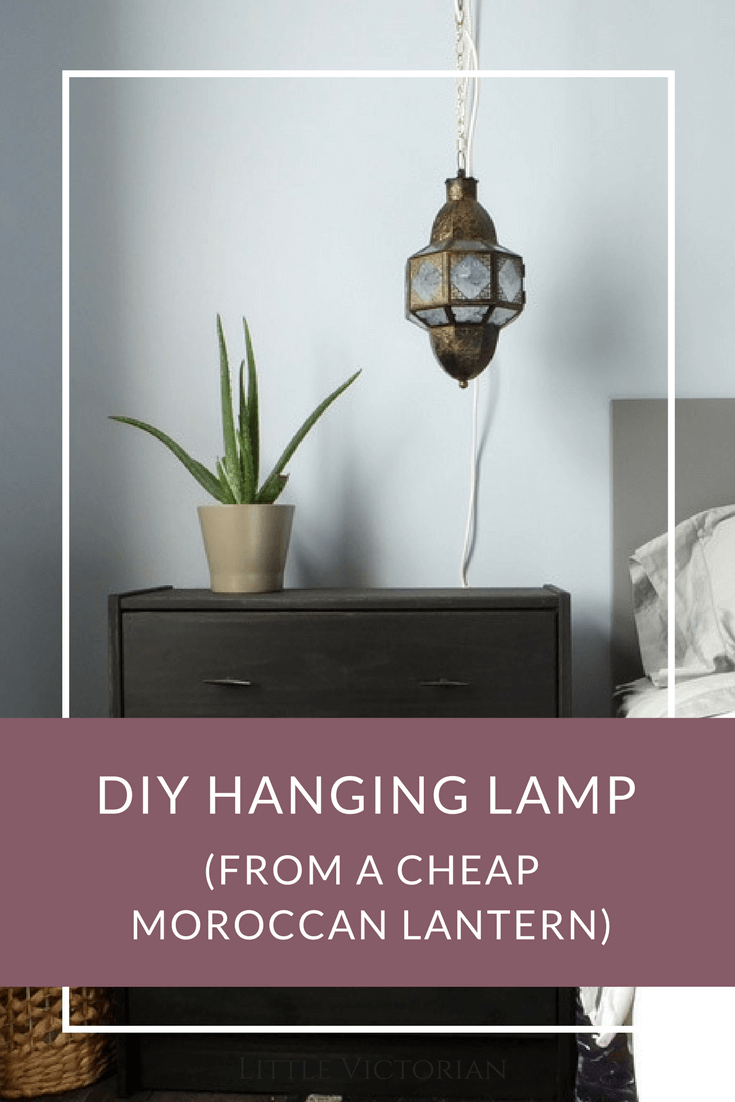 I’m not entirely sure, but I think I originally wanted them to be in the bathroom over the sinks.  (Since we’ll be moving, I’m glad we didn’t end up hardwiring them in there.)  I started waffling around a year ago and wanted them in the bedroom instead.  Regardless, that’s where they are now! 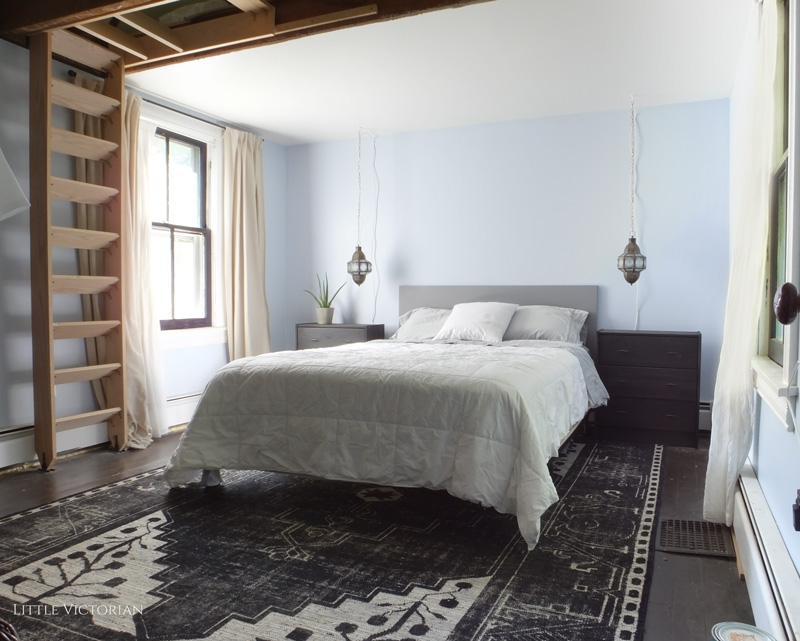 You might remember my post about how to turn a plug-in light into a hardwired one.  We used the $5 IKEA Hemma cord set as usual to turn these candle lanterns into actual pendants.  It was as simple as drilling a hole in the top of the lantern for the cord to fit through, and then snipping the plug end off so the cord can be threaded through the hole.

To hardwire the light, that’s all you’ll need to do, you have yourself a pretty Moroccan pendant for $20.  If we weren’t moving, I would have hardwired these lights into the bedroom ceiling, but because I want to take them with me (and I don’t know if they’ll be the next owner’s taste), we turned them back into plug-in lights by just putting the plugs back on.  We also added switches to the cords so we could turn them off without unplugging them.

I also picked up the chain at the home improvement store.  The shape of this chain was perfect, but it was BRIGHT brass-colored, so I did a couple very light coats of dark brown spray paint.  I didn’t want to cover the color, I just wanted to add spots of the brown to make it look old like the lanterns.  It worked pretty well!  The chain was under $1 a foot.

The shadows they cast on the walls and ceiling are really pretty. 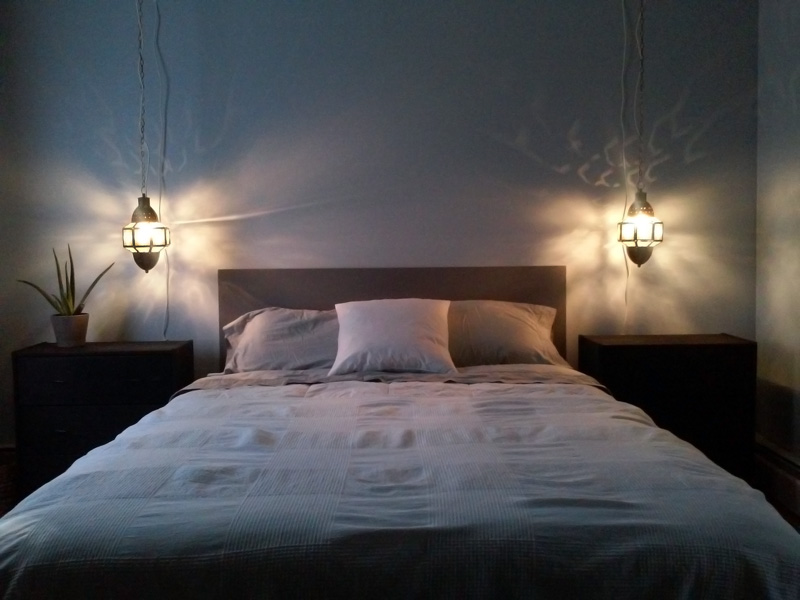 I went to look for a similar lantern to link to, but there were SO MANY lanterns that would make gorgeous hanging lights that I put together several that would work well.  They are all under $20.  Now I want more of them.

PS: You may have noticed by the Instagram feed over there –> that we’re off at some beautiful place.  We are (or will be soon, as I’m writing this before we leave) on an amazing trip.  Ireland, Switzerland, and France more specifically.  (And please don’t worry about any lack of character on our part–this trip was saved for, planned and paid for in-full before the Hubs lost his job.)

One thing I (mostly) finished before we left was a simple change in the kitchen that made a huge difference.  Come back next Monday to check it out! 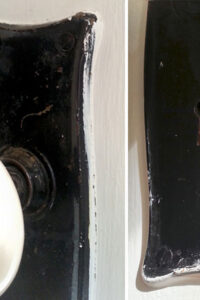 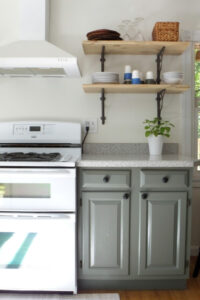