x
Home › Our houses › The Craftsman

The 2nd floor “Before” photos

April 7, 2016by Christina
So yesterday I showed you the first floor of our new house.  This morning I’m showing you most of the second floor.  It’s a quirky floor, and we’re using it in a unique way. Also as mentioned yesterday, after just watching so many rounds of the One Room Challenge, this time I’m joining in.  I’m […] 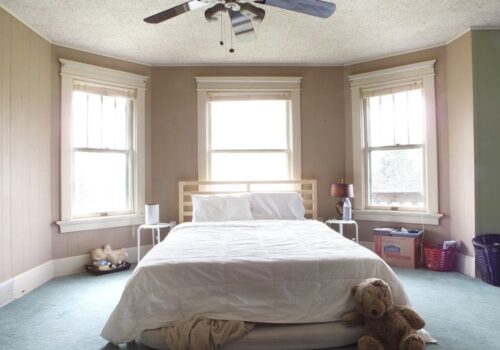 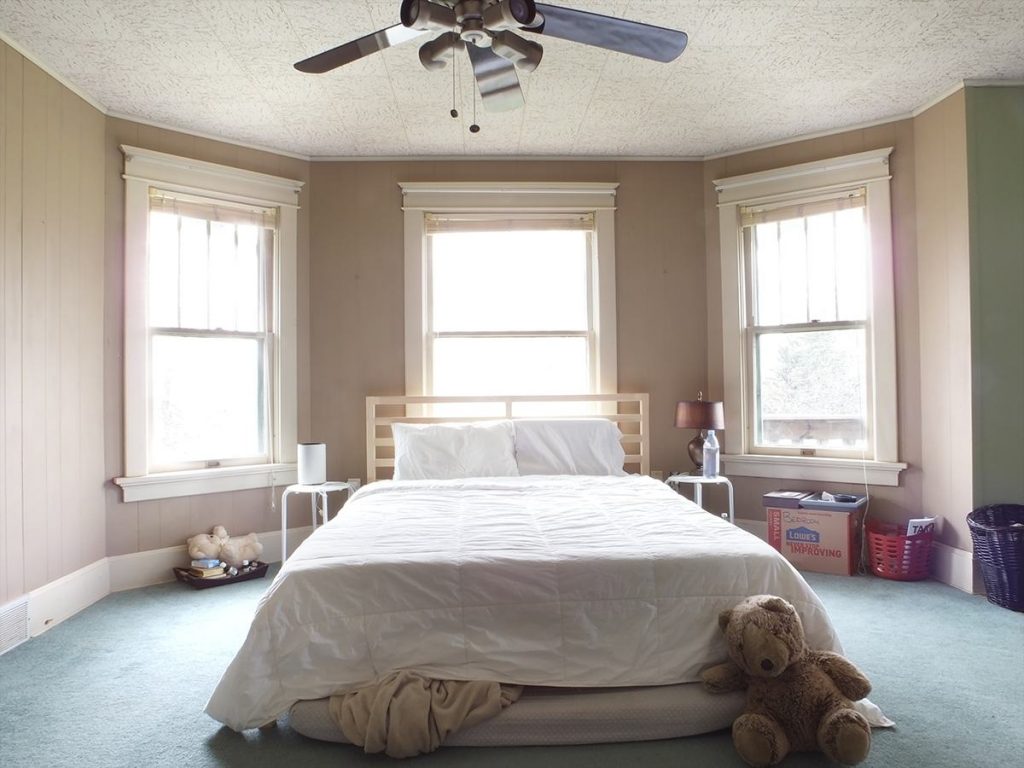 So yesterday I showed you the first floor of our new house.  This morning I’m showing you most of the second floor.  It’s a quirky floor, and we’re using it in a unique way.

Also as mentioned yesterday, after just watching so many rounds of the One Room Challenge, this time I’m joining in.  I’m going to attempt a makeover (however temporary) of the space over the next 5 weeks.  So these are the official “Before” photos.

When you come up the main staircase, there’s a landing with doors to a bathroom and a bedroom.  Then you enter into a big, open second living room. 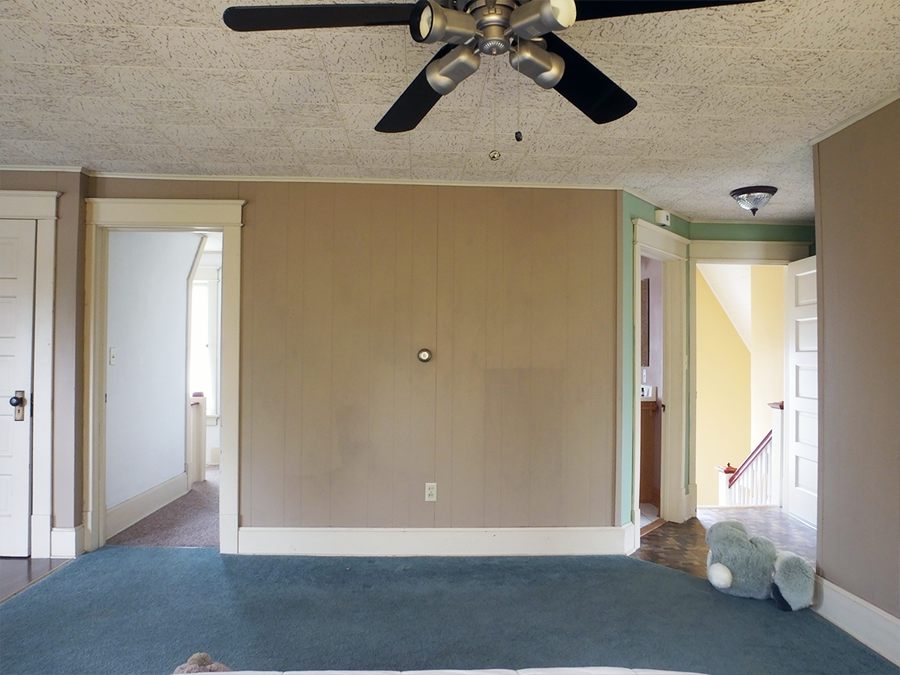 The main stairs are on the right and the back staircase is the open door on the left.  The giant stuffed bunny is the dog’s and I forgot to remove her from the shot. ?

The bedrooms in the house are fairly small, especially compared to the size of the house, and the master bedroom is in the basement (which you haven’t seen yet).  So the day we moved in, we just plopped our air bed in the upstairs living room until we figured out which bedroom we would use.

Well, we kinda like it here, so we’ve claimed the big open space as our bedroom.  After sleeping on an air bed for three weeks, my back was VERY happy to have a real bed and real mattress again as of this Sunday.  And we picked up some $5 stools from IKEA so we wouldn’t have to use moving boxes as nightstands anymore.

We would eventually like to add walls to make this an official bedroom, but for now, even when we have guests, we can just close both doors at the tops of the stairs and we have privacy. 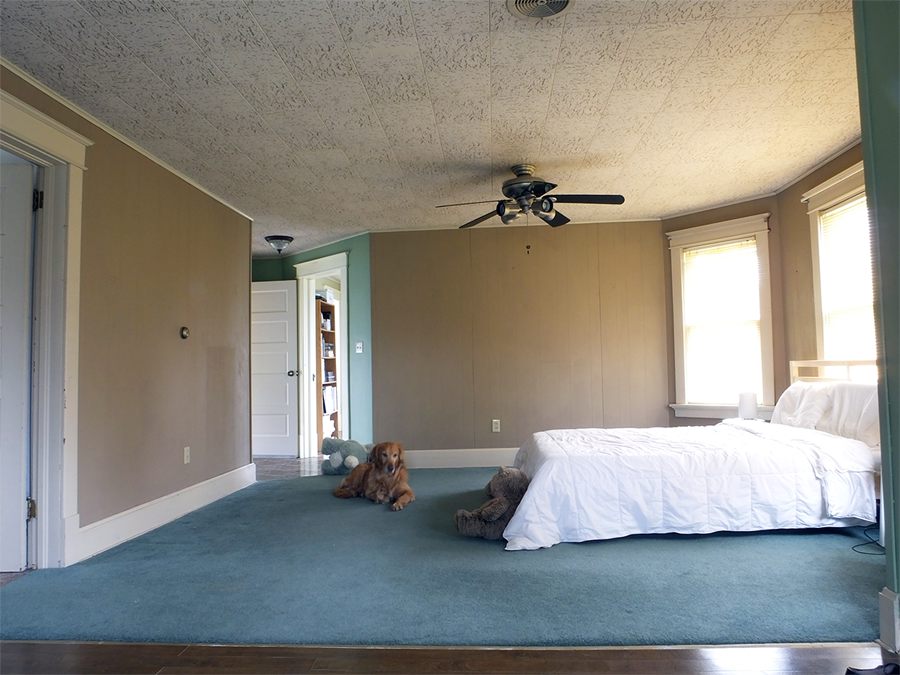 The doorway in the corner is to one of the bedrooms and we’re using that as a library.

And now the quirkiest part of the second floor: 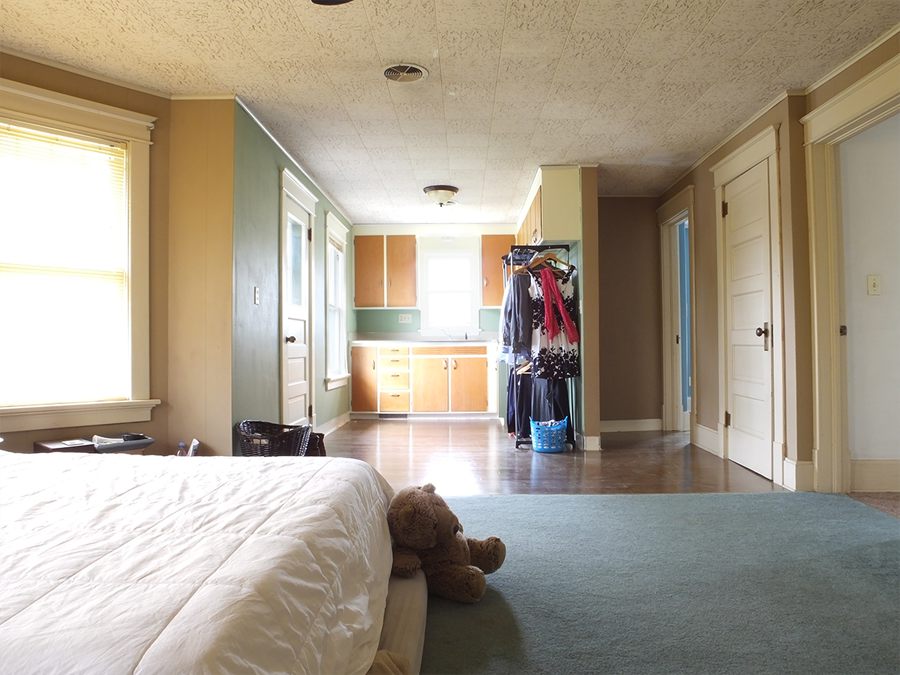 In the 1950s, the house was turned into a duplex.  The previous owners turned it back into a single family, but never took out the little kitchen upstairs.

Obviously, we are going to take that out…eventually.  So far, we’re thinking we will want to extend that partial little wall all the way and enclose the whole thing, then we’ll turn the kitchen into our open closet/dressing/sitting area.  But again, we don’t own the house yet, so we can’t make any changes like that.

I’m dying to pull up the teal carpet and layers of laminate floors that are underneath it, but I’ll have to be patient.

There is another bedroom in the far right corner, and the door next to it leads to the attic.  Which is amazingly huge, and unfinished.  So many plans for it.

But one of the nicest features of our giant “master bedroom” is the private deck: 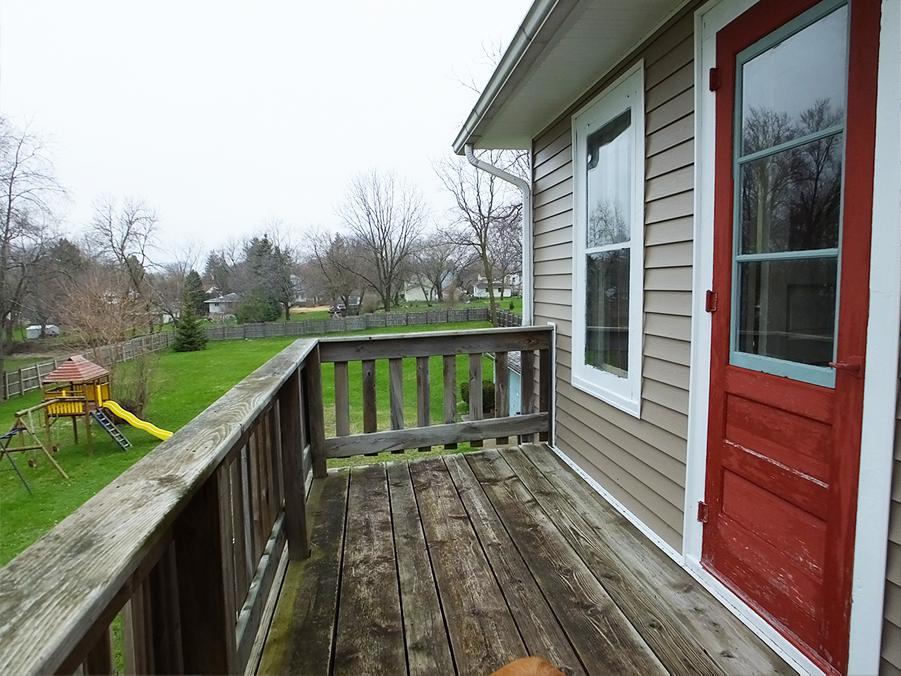 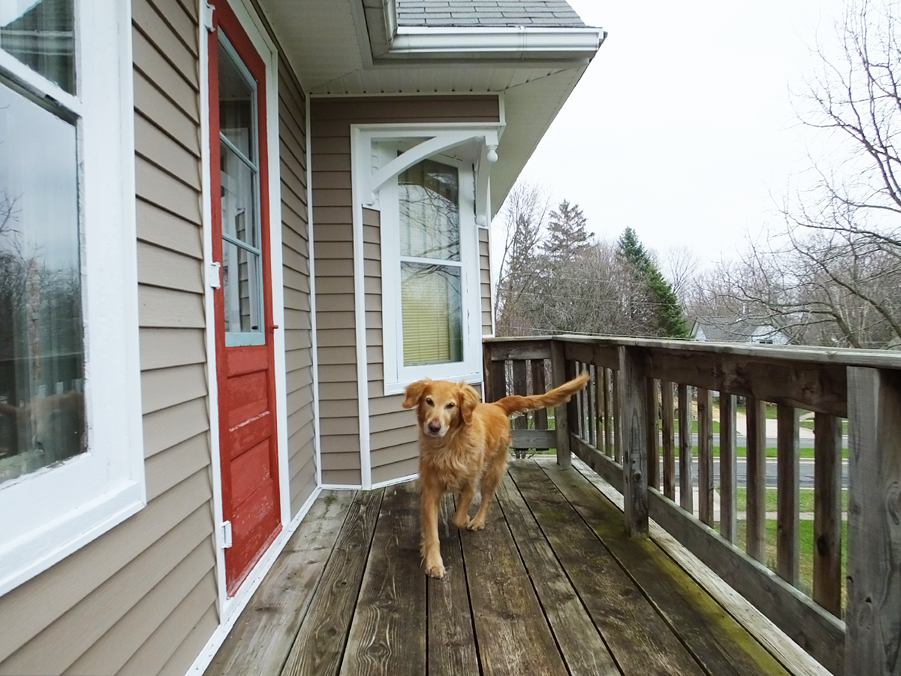 FYI: those photos were not enhanced at all, the grass is just that green and beautiful.  We love it here.

There is so much to do (and so much we can’t do yet) that I’m not even sure what my full plans are for the next 5 weeks of the One Room Challenge.  Here is what I do have planned so far though:

And if we can get all that done, I’d love to get a little seating area on the deck too.

The plan for the challenge is to post an update every Thursday on our progress. We’ll see how much of that we can actually accomplish in 5 weeks! ? 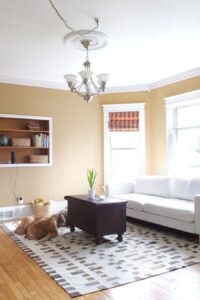