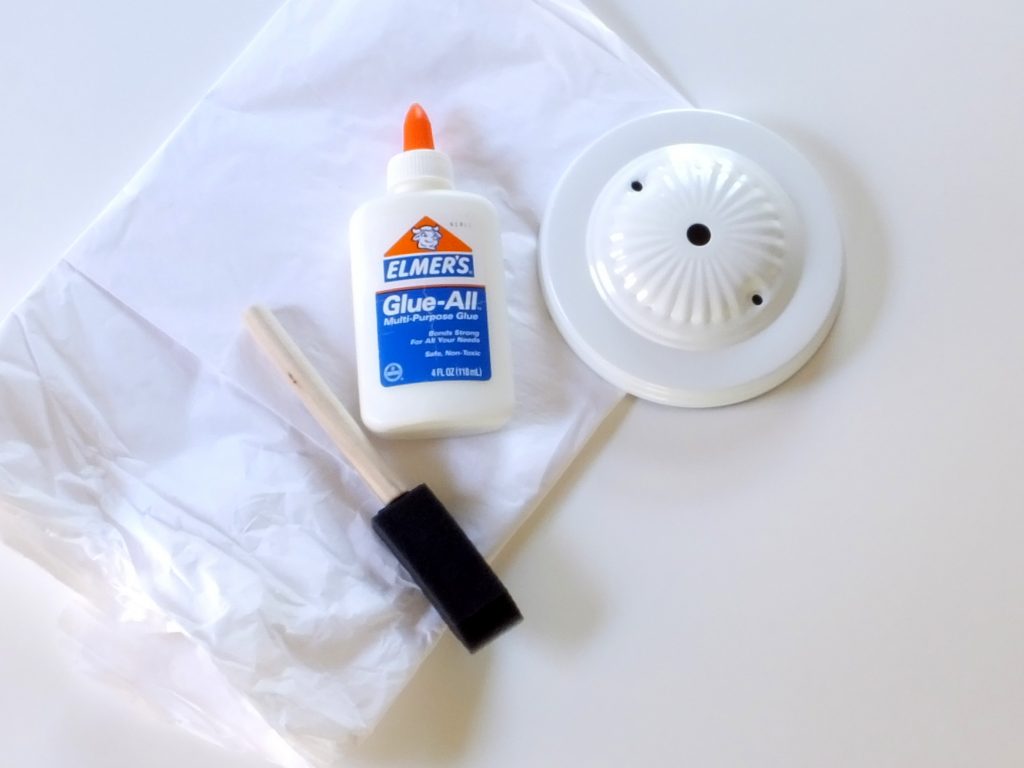 We have new light fixtures for the kitchen: one for over the sink and one to replace the ceiling fan over the breakfast table.  The fixtures themselves have actually been ready to be installed for a couple weeks, but they still needed ceiling canopies before they could be hung.

The canopy is the metal plate that covers the wire connections and hole in the ceiling, it also holds the weight of the light (if necessary).  All of our local DIY stores only sell one canopy.  It’s not ugly, but it’s very feminine and doesn’t match our new kitchen lighting at all.  Since it’s the only one they sell, I bought them with the intention of somehow changing their look. 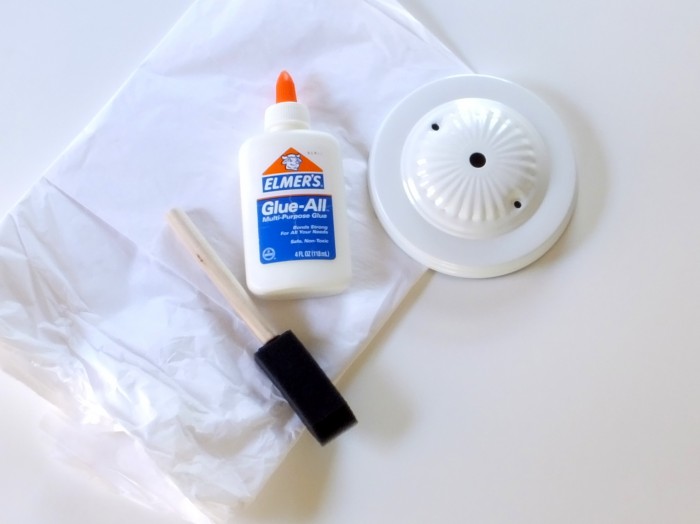 My first thought was to cover it in tissue paper to give it a different texture.  So I crumpled some tissue paper and glued it on:

.
Then I spray painted it with metallic iron spray paint to match the light.  But it looked just like spray painted tissue paper crumpled over a canopy.  Not so good.  So with the second canopy, I tried smearing it with drywall mud to cover up the ridges.   I spray painted that one as well.  It was better, but still no good. 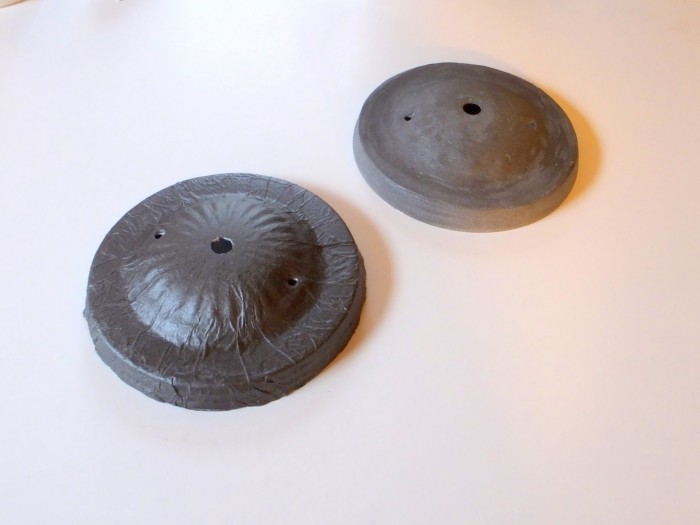 Then I had a much better idea: just buy better looking canopies

online and don’t worry about having to give them a makeover.  As soon as those come in, I’ll be installing our new lights and sharing them with you. 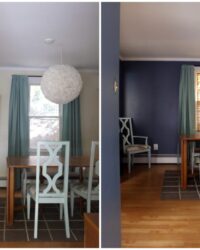 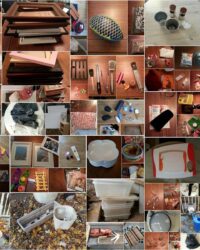