Making drinking glasses from old bottles (or not)

February 27, 2014by Christina
We’ve been wanting new drinking glasses lately, especially since they have been on display with our open shelving.  But we weren’t excited about anything that was out there for sale.  As I was recycling about a dozen glass sparkling water bottles, the thought struck me that there had to be a way to remove the […] 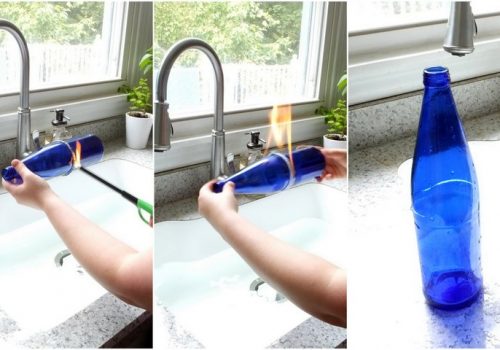 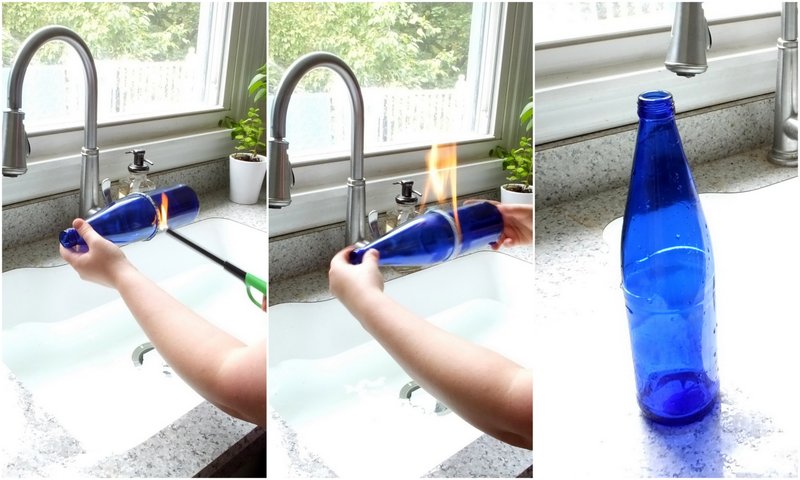 We’ve been wanting new drinking glasses lately, especially since they have been on display with our open shelving.  But we weren’t excited about anything that was out there for sale.  As I was recycling about a dozen glass sparkling water bottles, the thought struck me that there had to be a way to remove the tops and use them as drinking glasses.  They would have a nice hand-made feeling which would go very well in our house…and they would be free!

After much Googling, I was quite confident that I could do it.  According to many tutorials out there, it was as simple as:

2. Wrapping the yarn around the bottle where you want it to break

3. Lighting the yarn on fire

4. Submerging the bottle into cold water where the two halves separate

Of course, reading that from three sources wasn’t enough, so I continued the research and found a “better way” to do it with a glass cutter.  You’d just score the bottle with a glass cutting wheel, then alternate running hot water and cold water over the score.  The top should just pop right off.

So, I picked up a glass cutter (only a few dollars at the home improvement store) and some nail polish remover.

I was seriously excited about this project: it was going to involve fire and breaking glasses…and in the end, we’d have free and cool glassware.

After 3 failed attempts of what the people of YouTube made look like a very easy project, I finally got one bottle to split. But it was a very wonky split.  It didn’t have any cracks that would make it dangerous, so I just sanded the edges down and tried again.  Another 3 times.  Only one more broke and it was more of a “fracture in every direction” than a nice clean split.

I put down the fire and cleaned up before getting frustrated.  But I was still determined, so I kept saving the sparkling water bottles to try again.

And I tried again yesterday.

This time, I tried 5 before finally getting one to split.  And it was a nasty, fractured-in-every-direction break.  I tried both flaming yarn and glass-cutter methods, and made up my own too, which consisted of: slowly rotating the glass over a candle flame and holding an ice cube on the glass on the section that just came out of the fire.  It didn’t work either.

Normally, I would have given up, but this has just gone too far and now I’m determined.  It might take another year, but I will get this figured out and make our own reclaimed drinking glasses.  Have any of you ever tried this?  Any thoughts about why it’s failing so badly?

PS: Speaking of reclaimed glass, my sister and her husband have opened an online candle shop, Johnston Candles.  They are selling responsible, natural soy-wax candles in reclaimed glassware.  They have lots of happy customers and their business is growing fast! 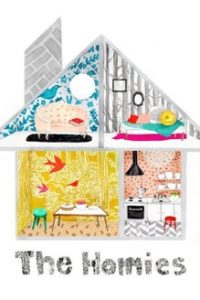 Every woman that owns clothes needs these