You are here: Home / Interior Decorating / Meet the Prairie House

We are all moved in to the new house!  It is quite different from the Victorian.  It’s a Frank Lloyd Wright style (and not too far from where he lived and went to school actually). 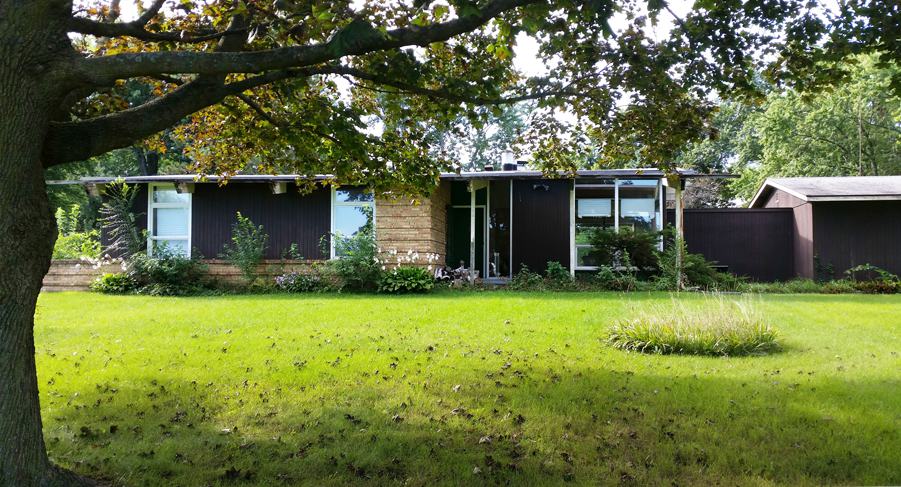 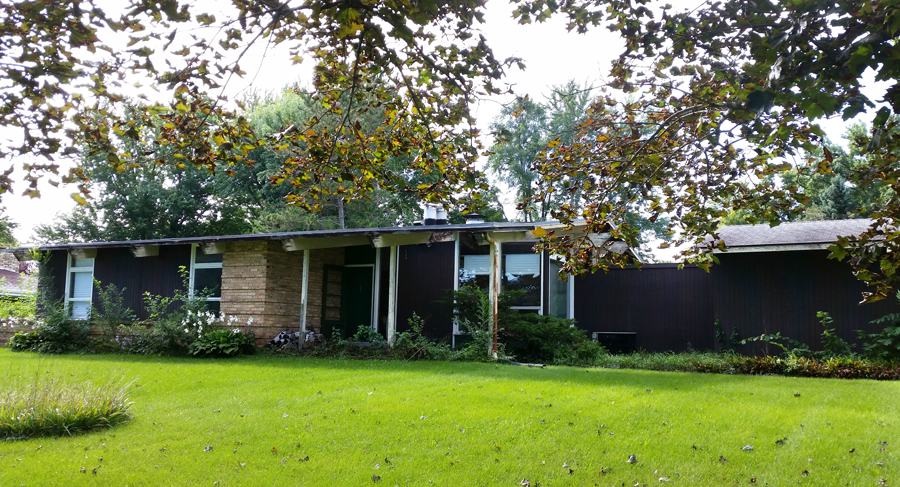 It was designed by an architect for his aunt and uncle and finished in 1961.  We just purchased it from their son, so we’re only the second owners!

The fireplace is pretty much the focal point of the whole house.  (These pictures were all taken immediately after closing last week.  The curtains have been taken down and hundreds of boxes have been moved in.) 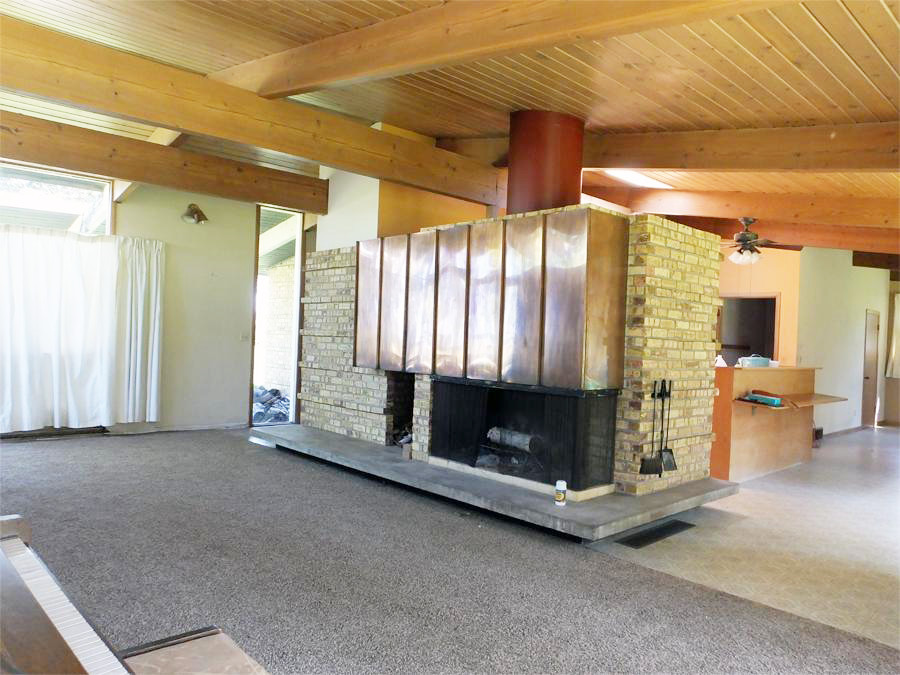 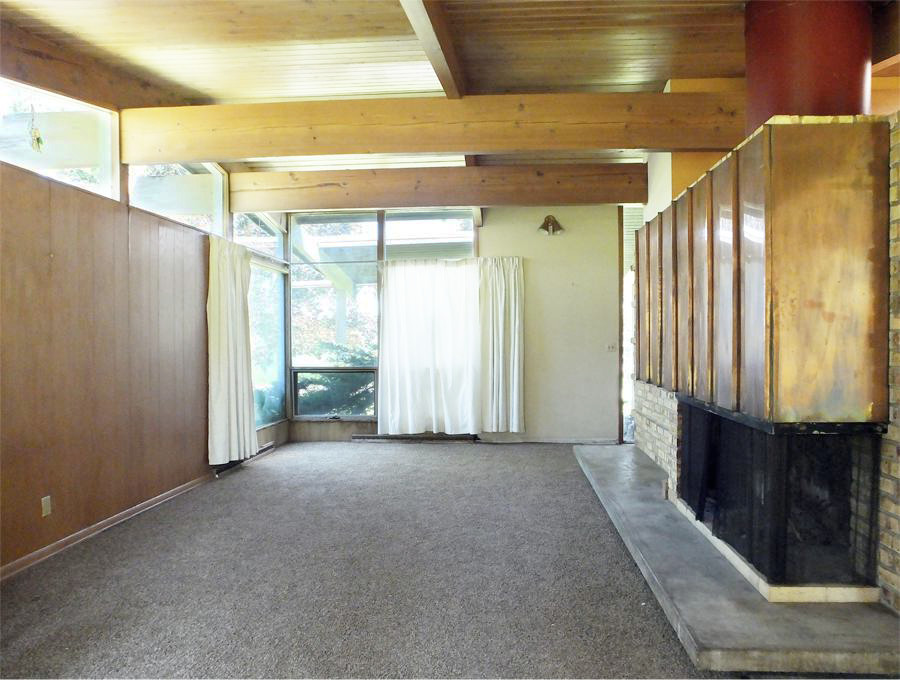 The front door is to the left in this picture, and that hallway has a coat closet, laundry closet, and bedrooms.  The back of the house is all windows, and it was hard to capture, so I took a panoramic.  I’d love to do a video tour once the boxes are unpacked.

The kitchen is on the back side of the fireplace.  It still has the original wall oven and cooktop, which are adorable, but not quite as functional as we’d like after 55 years of use.  We’ve been grilling a lot and using a mini fridge + cooler for the last week and a half. 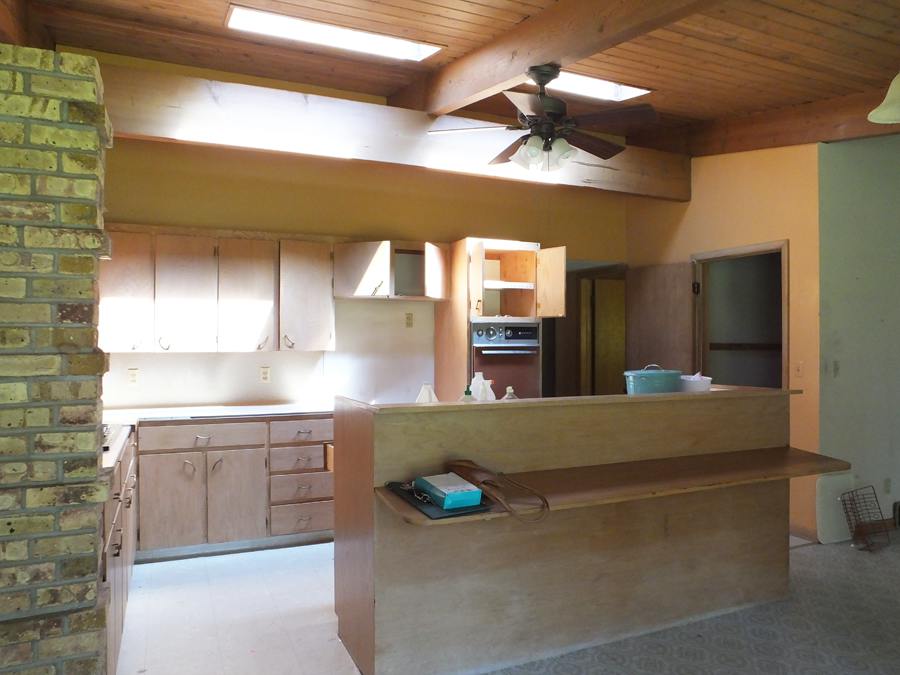 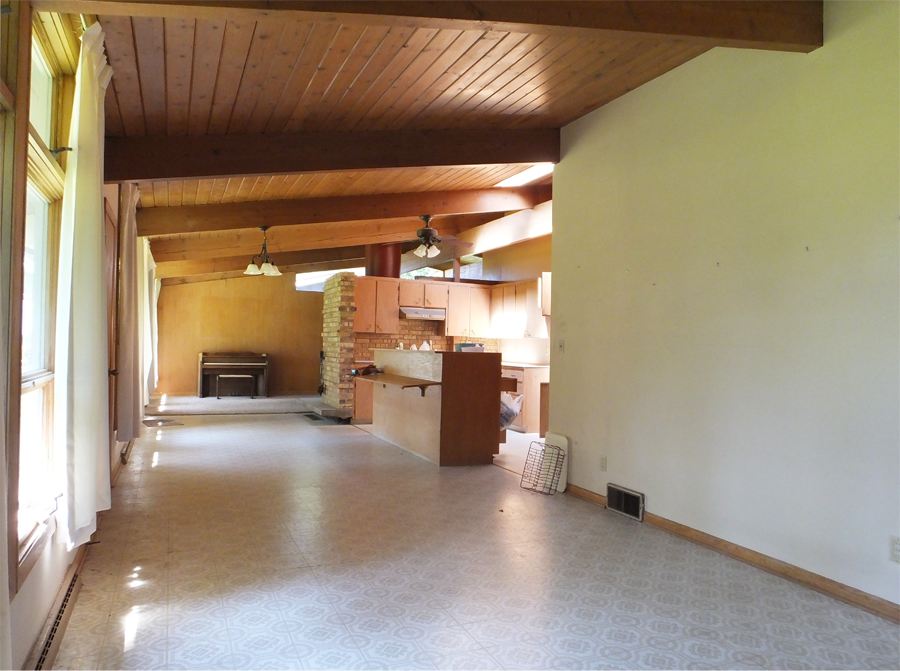 We’re currently using the space this photo was taken from as the office, and we’ll probably use the space in front of the island as the dining room.  The piano was in the house when we came to see it, and the owner was happy to leave it for us when we asked for it!  It needs some work, but we’re excited to have one.

We also have linoleum for daaaays, so we’re deciding what to replace that with. 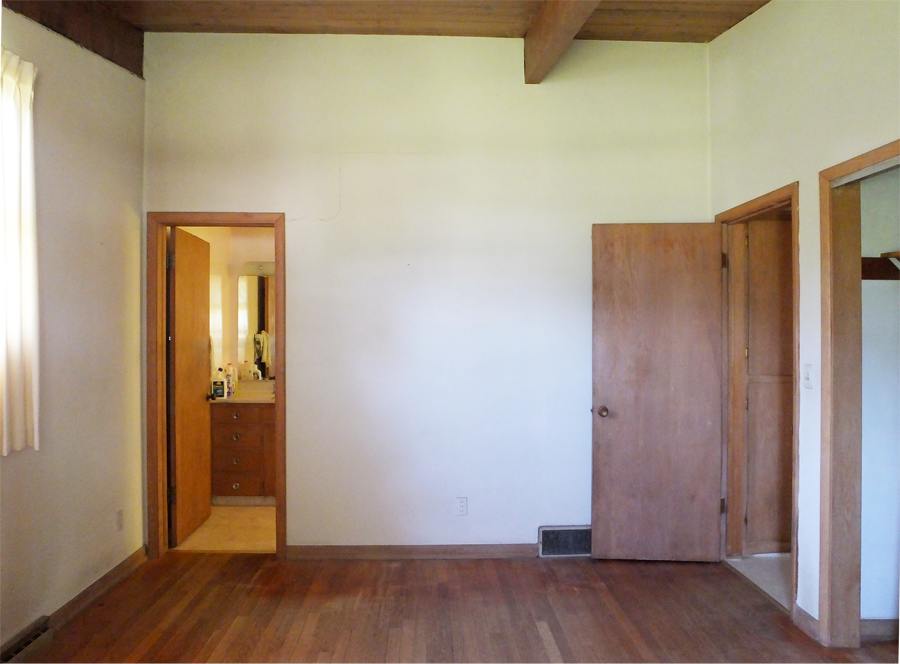 And we have some landscaping ahead of us too. 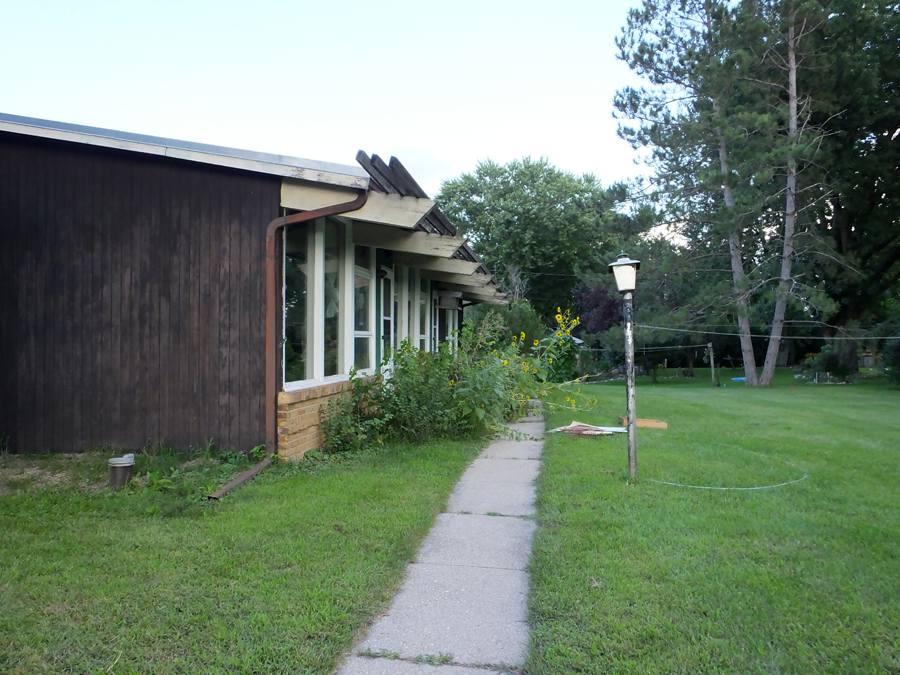 Before we get to work on any fun stuff, we have a few repairs that need to be made, and lots and lots of stuff to unpack.  But I can’t even express how excited we still are every day about owning this place. 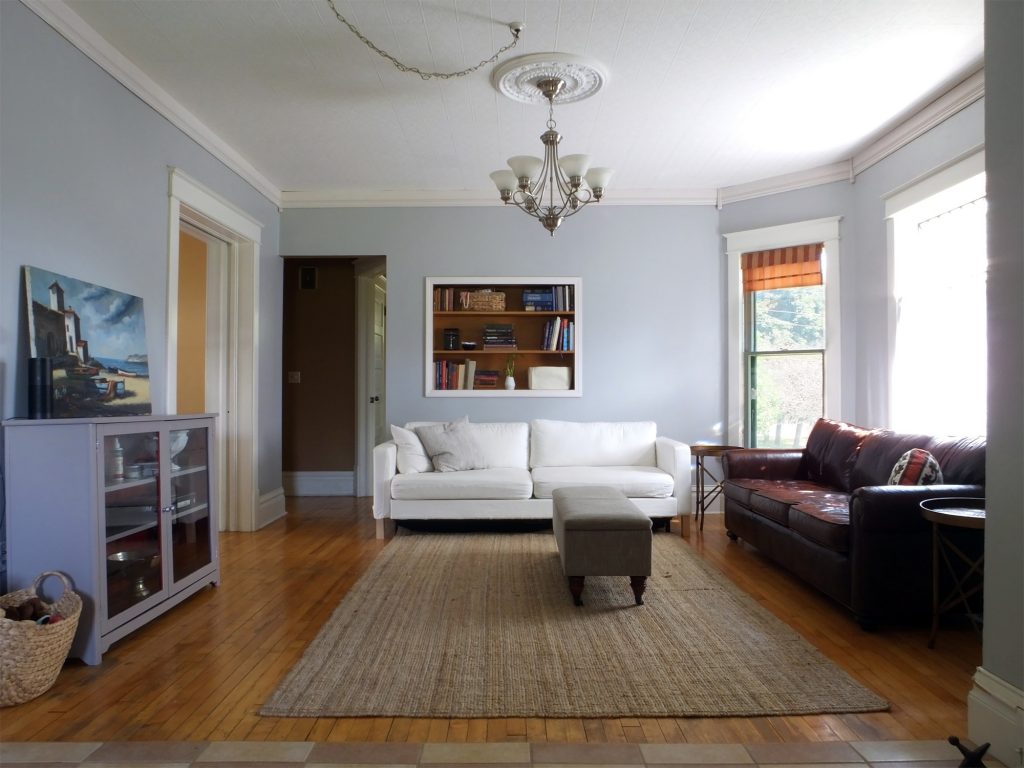 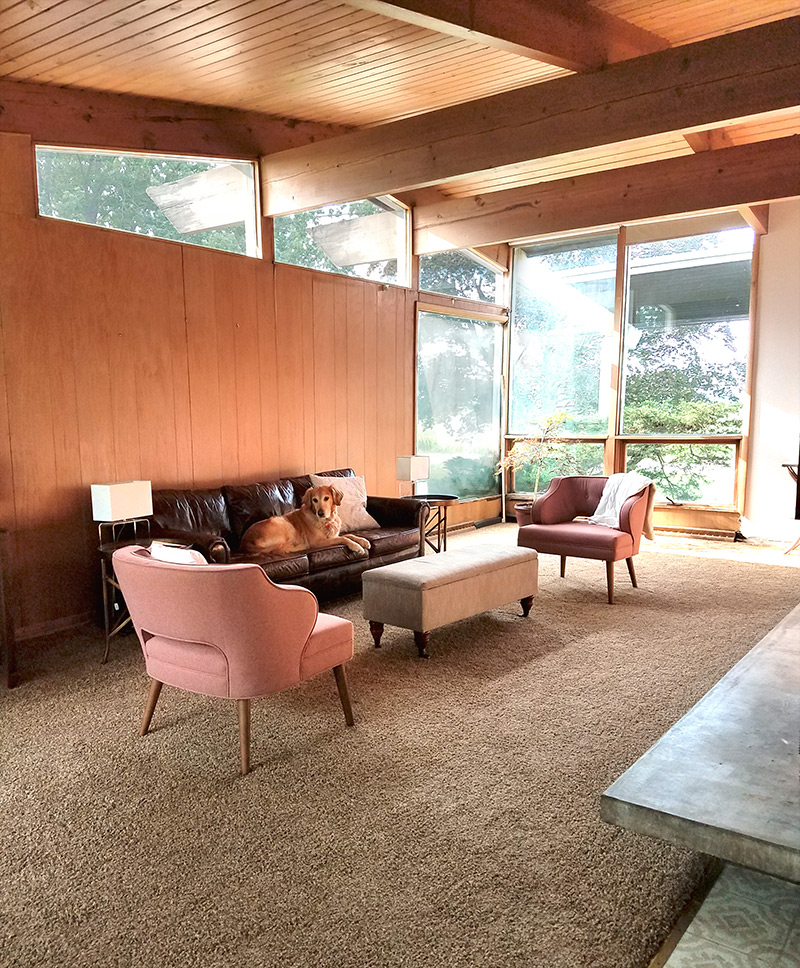 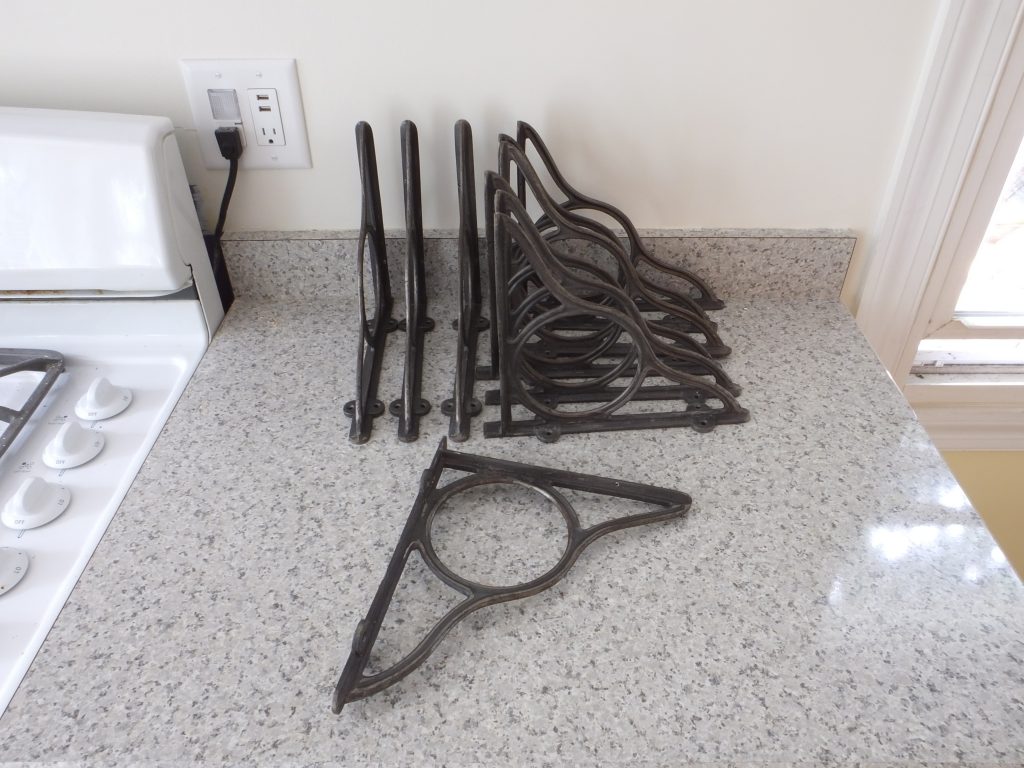