October 14, 2013by Christina
The kitchen is almost complete, but I’m going to wait until I have the rest of the room painted (this week) to show you the photos.  In the mean time, we worked from early morning to after 8 pm yesterday cleaning up the basement, installing lighting and rewiring a bunch of poorly done electrical work. […] 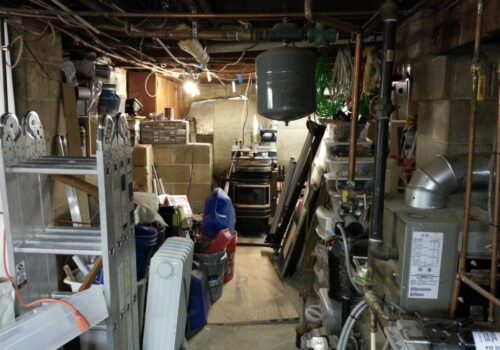 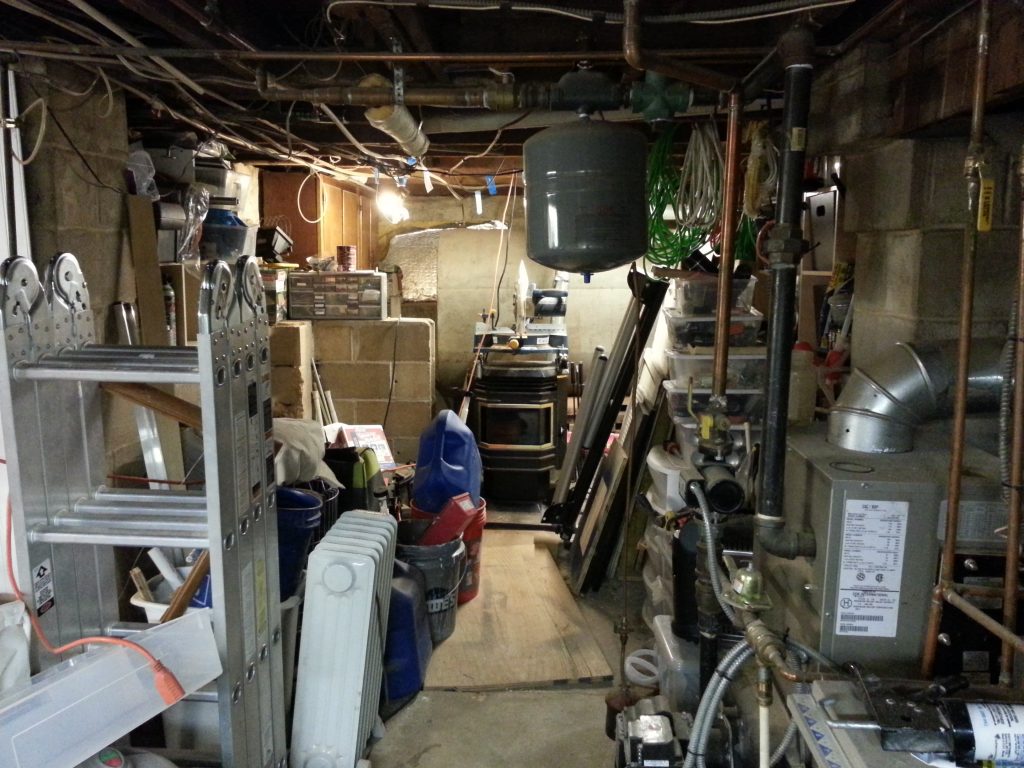 The kitchen is almost complete, but I’m going to wait until I have the rest of the room painted (this week) to show you the photos.  In the mean time, we worked from early morning to after 8 pm yesterday cleaning up the basement, installing lighting and rewiring a bunch of poorly done electrical work.

Since we moved in, we have tried organizing the basement (as in a full day of organizing) at least a half-dozen times.  And still, it has been a constant mess.  If it weren’t for the fact that our washer and dryer are down there, I’m not sure there would even be a path to walk through half the time.  So we’re organizing my favorite way: getting rid of stuff. 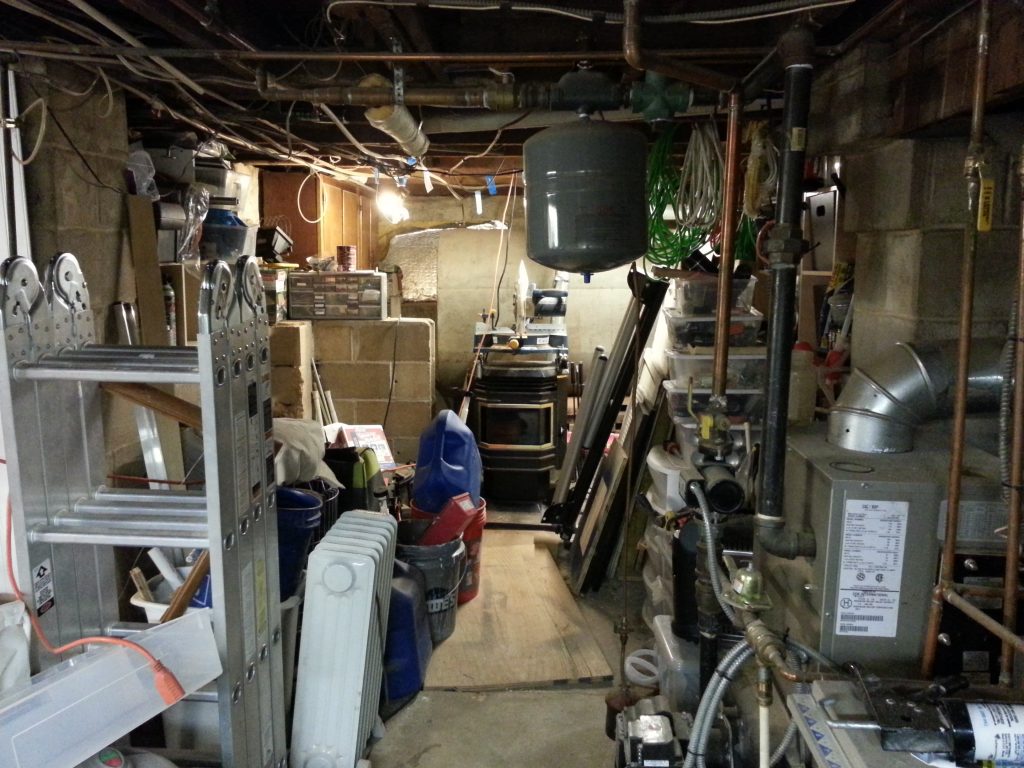 We do have at least two of most of our tools, partly because we often work on large projects together, and it’s way easier for each of us to have our own.  But often, when we start a project early on a Sunday morning, we spend a good hour attempting to gather all the tools from the basement.  Some of which, we cannot find because tools are all just in random boxes, piled on top of each other.  We end up giving up the search and going to the store to buy the tool again.  It’s terrible.

Then we finally tackle our project mid-day and all the tools we used go into a random box, and then back to the basement to start over. 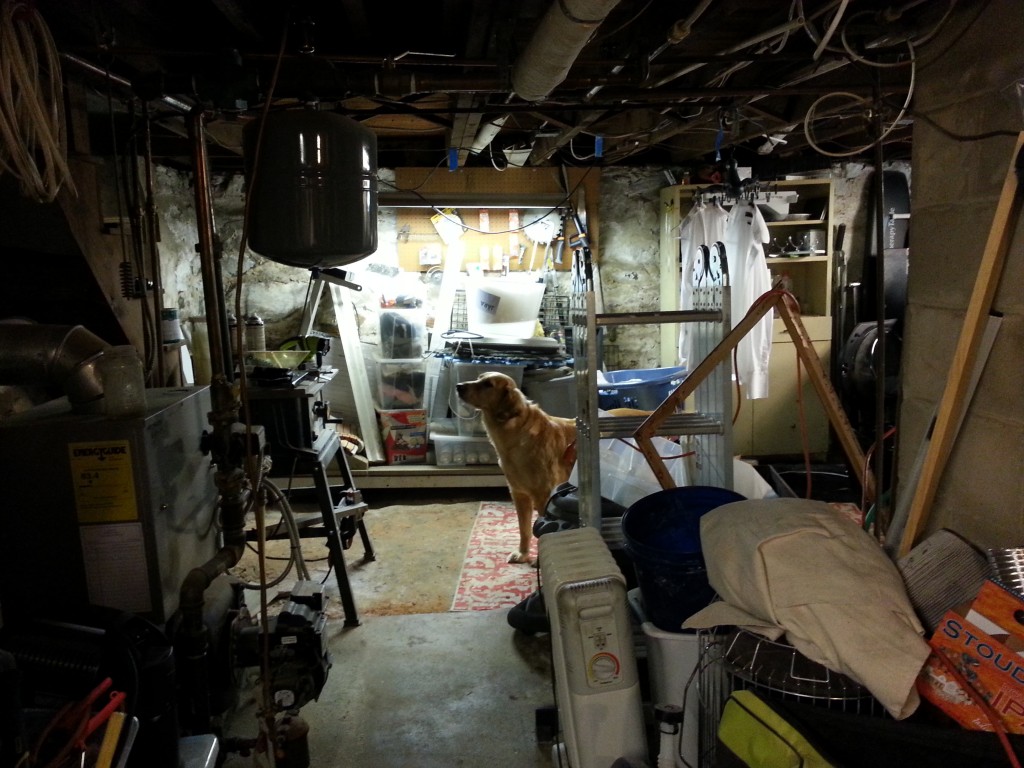 This is why, when I started learning more about serious simplifying and minimalism, I was really struck by a couple lines from the Organizing post from The Minimalists:

“No matter how organized we are, we must continue to care for the stuff we organize, cleaning and sorting our methodically structured belongings. When we get rid of the superfluous stuff, however, we can focus on life’s more important aspects…Or we could, of course, reorganize our basement again.  Once the excess stuff is out of the way, staying organized is much easier anyway.”

So yesterday, in addition to the re-wiring we had to do, we decided that we were organizing the basement, for the last time.  In order to do that, we have to get rid of stuff.  A lot of stuff. 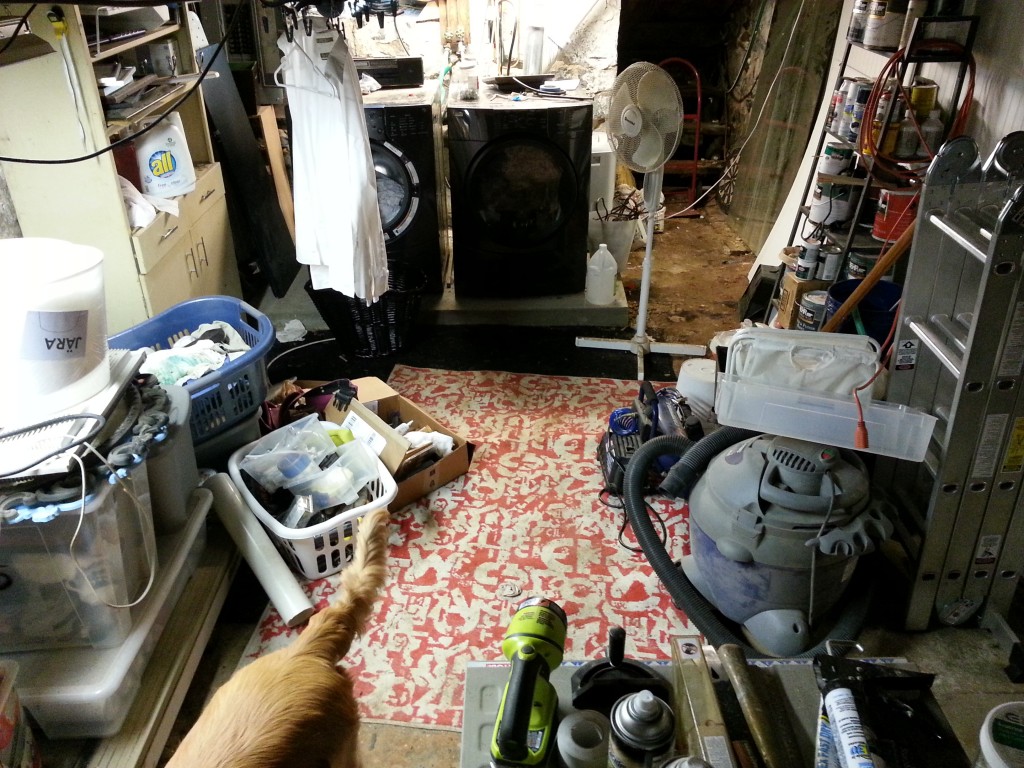 These photos were taken before our big yard sale, so some of the junk was already gone, but the spots were just filled in with more stuff.  We burned all the random, useless pieces of wood in the fire pit, put a big free sign on the curb and piled loads of stuff out there, and we filled up two garbage cans of trash.  It looks a lot better this morning, but we’re not done.  Hence, the lack of “After” photos in this post.  We’re going to continue this project this week, along with finishing the stairs and the kitchen.  And then, hopefully by the end of the month, we will have a nice, simplified, organized basement to show you. 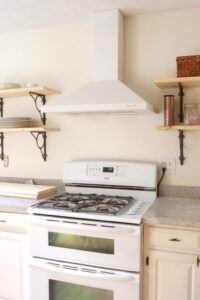 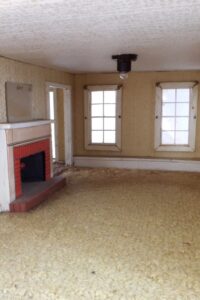 The official “before” dollhouse tour