April 10, 2014by Christina
Following a series of unfortunate events, most of my week has been spent in the kitchen instead of the bedroom. The fun started when the dishwasher stopped cleaning the dishes.  They wouldn’t just come out still dirty, they actually had more gunk on them than they did when they went in.  So it was being […] 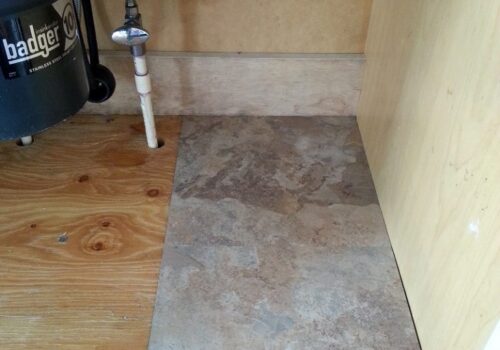 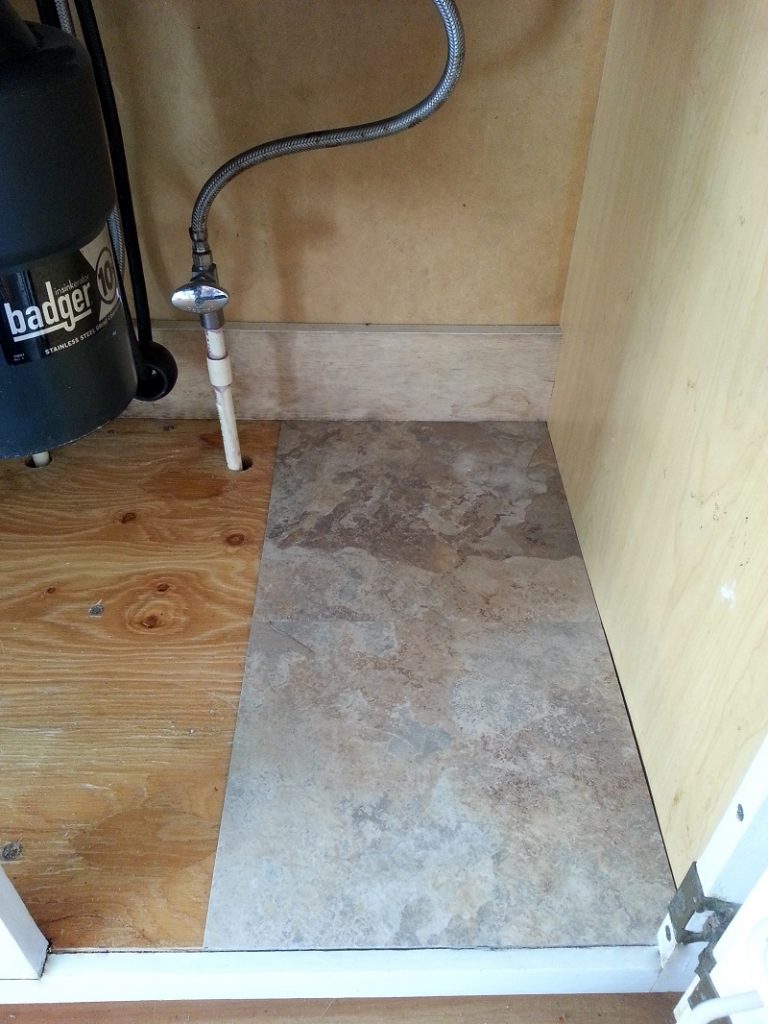 Following a series of unfortunate events, most of my week has been spent in the kitchen instead of the bedroom.

The fun started when the dishwasher stopped cleaning the dishes.  They wouldn’t just come out still dirty, they actually had more gunk on them than they did when they went in.  So it was being used as a very big drying rack after hand-washing.

Then the fun continued when I found the raw chicken I had on the top shelf of the fridge was leaking…all over the rest of our food.  So most of our food had to be thrown out, and not only did I have a lot more dishes to wash, I had to wash the fridge components as well.

But that wasn’t all.  Before I began to wash the dishes that were taking up the whole counter, I turned the garbage disposal on.  At which point, the pipes under the sink broke apart.  It sounded like a waterfall.  And the cabinet, rug and my legs were covered in dirty, broccoli-filled water.  It took 3 days to get the kitchen back to looking clean again.

But, it did lead to me finishing a small project that had been sitting there for 6 months waiting to be done.  After the Hubs fixed the pipes, of course.

The sink cabinet wasn’t lined with anything, it was just a piece of plywood with no veneer covering.

After I scrubbed it clean, and let it dry, I put down peel-and-stick vinyl floor tiles (similar here).

They are easy to cut with an X-acto blade.  And they only cost $1.20 a piece, so it was less than $8 for a prettier and way easier to clean cabinet floor.

Just start with one corner and stick it down (I started with the front, so that in case I didn’t cut a perfectly straight line, it would be in the back and not noticeable). Then line the next pieces up to the first one. Once you hit the back of the cabinet, you *might* need to trim some off. Just flip the tile over, and mark on the paper backing where to cut.

Make your cut with an X-acto blade or an utility blade (this is my favorite) and then pop it in place. (Affiliate links)

Peel-and-stick tiles are so easy.

And now the cupboard is much easier to keep clean!

The Hubs had the brilliant idea to just take the fridge parts outside and use the hose on them (which actually led to a burst hose in the basement–but he got that fixed too).  And I finally got the dishwasher fixed yesterday.  Everything is clean and sparkly…for now.

The plan for this afternoon is to get back to work on the bedroom. 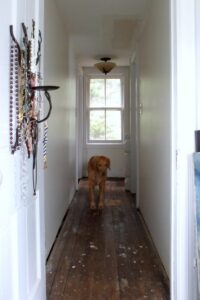 Things have to get ugly before they can get pretty 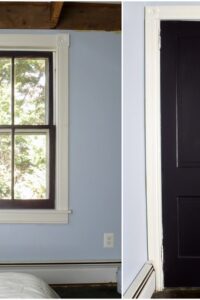 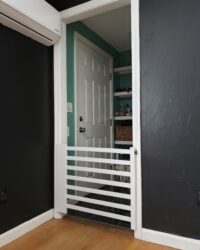 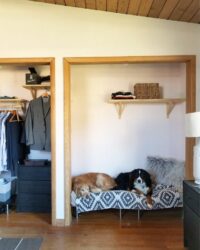 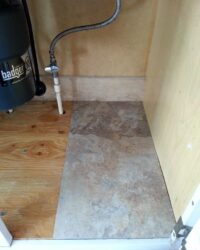