Still waiting for the living room reveal? Me too.

January 9, 2013by Christina
Funny story.  Two days ago, I was writing a post for you.  Here is what it said: (By the way, this post will be filled with pictures of other people’s beautiful, finished rooms since I have nothing beautiful or useful to show you today.) “Just as I was finishing up one of the living room […]

Funny story.  Two days ago, I was writing a post for you.  Here is what it said: (By the way, this post will be filled with pictures of other people’s beautiful, finished rooms since I have nothing beautiful or useful to show you today.)

“Just as I was finishing up one of the living room projects today, I broke the main piece of the project.  Grrr… I will be out tomorrow looking for a replacement part.

In the mean time, another living room project we’ve been working on finishing is the landing…”

Then I went on to write about some work we did on the landing at the bottom of the stairs.  That project was about to be done.  As soon as I was done writing the post, I was going to finish it up and photograph it.

But while I was still writing, the Hubs (who was working in his attic office) came downstairs and said he lost power in the attic.  I didn’t even know what to say.  This had to happen now?!

See, we have re-wired our entire house one breaker at a time and were down to just two more.  We had gotten them all done before they failed on their own, but apparently, the attic just didn’t want to wait one more day. 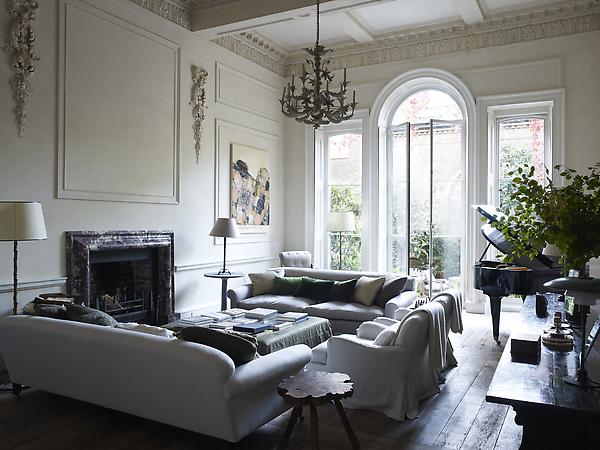 So, the computer got set aside, and landing parts are still strewn across the living room floor as I type this morning.  For the last two nights, we were re-wiring our attic and bathroom from scratch.

Oh, and yesterday in between wiring, inexplicably, I decided I would start another project.  So our dining room is also now an unrelated mess.  I need help.

I did however find a replacement part for the first project yesterday.  And today, I will be working my tail off, even if I’m up until midnight to finish this stinking living room already.  All of it.  Hopefully I’ll be back tomorrow with an update for you. 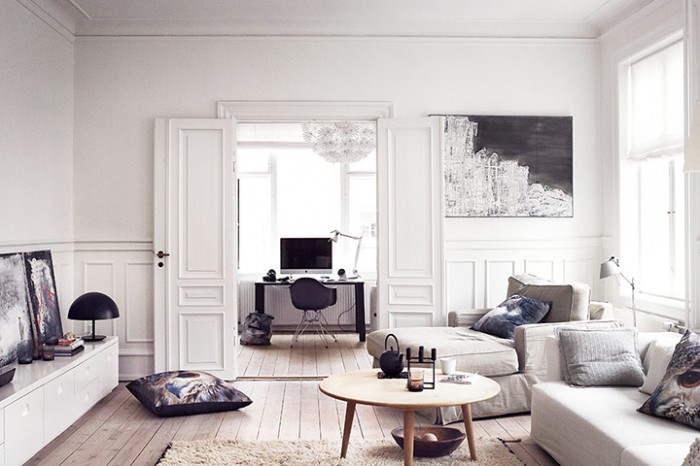 Hanne and Søren Berzant via The Guardian

PS: Anyone know of a good alternative to FeedBurner?  No matter what time I tell them to email you my posts, if I don’t have it published by 7 am, it won’t send them until the next day.  Annoying. 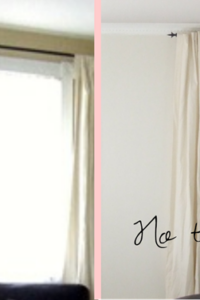 Altering curtain panels: how to hide the tab tops 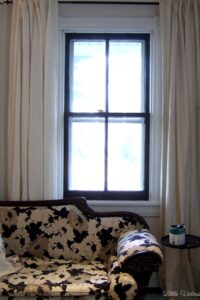