x
Home › Our houses › The Victorian

July 11, 2012by Christina
A few years ago when The Hubs was in middle school,  they made clocks for a shop class project.  He carved out an eagle out of wood, stained it and then installed a simple clock movement and numbers kit.  He has wanted to throw it away for years, but I wouldn’t let it go.  This […]

A few years ago when The Hubs was in middle school,  they made clocks for a shop class project.  He carved out an eagle out of wood, stained it and then installed a simple clock movement and numbers kit. 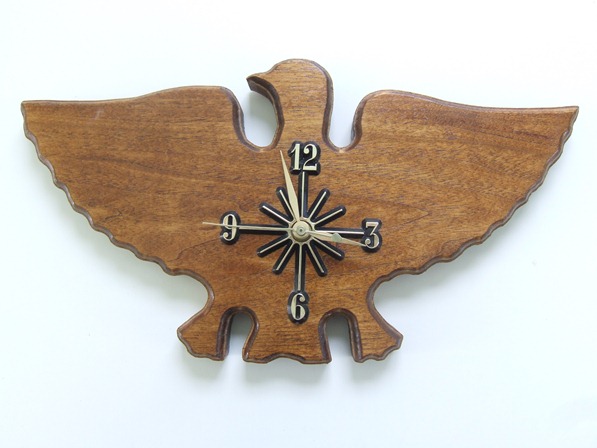 He has wanted to throw it away for years, but I wouldn’t let it go.  This was one of the only items in our house that I wouldn’t either display or get rid of.  I wanted a clock in my new office, so I thought it was time to give the eagle a makeover and finally display it.

Obviously, this guy was pretty dated, but I loved the retro-looking numbers, so the plan was to paint the eagle and put the same numbers back on.

The hands just slide off, so that was the first step.  Second was removing the numbers.  A+ for his glue job.  I tried prying, scraping and using a blade, but they wouldn’t budge, so I had to break out the heat gun. 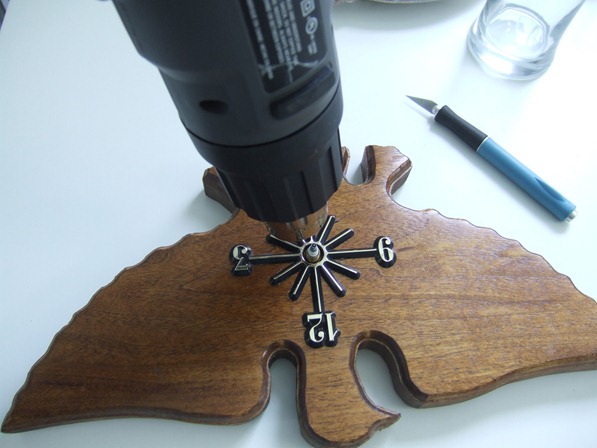 Once it was hot and the glue started to melt, I was able to pry it off with the blade.  Then it was time for sanding.  A lot of sanding.  A+ for his staining and finishing job. 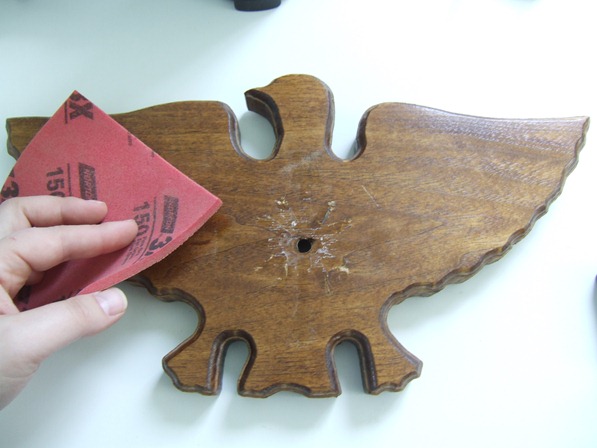 The eagle got a coat of primer and 2 coats of white paint.  The next day once it was dry enough, I used hot glue to put the numbers back on. 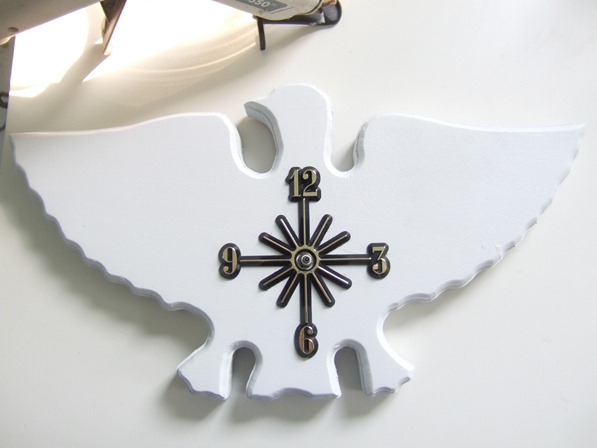 And then something happened.  Something that is just like me.  I dropped the teeny-tiny, itty-bitty nut that holds the hands on and make them tick.  This clock was supposed to be finished before our trip last week, but I had to wait until today when I could by a new clock kit just to replace that little nut.  Yay for Michaels constant stream of 40% off coupons.  While shopping, I was very surprised to see that they only sell one set of numbers, and it’s the exact same one that’s on the eagle clock.  Time for some new options Michaels? 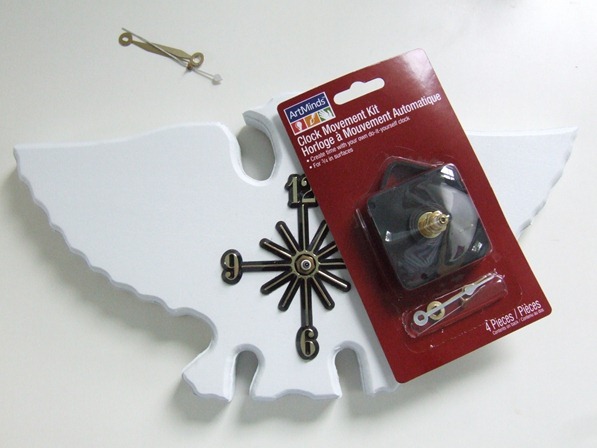 Eventually, the hands went back on and the updated clock is now hanging on the wall. 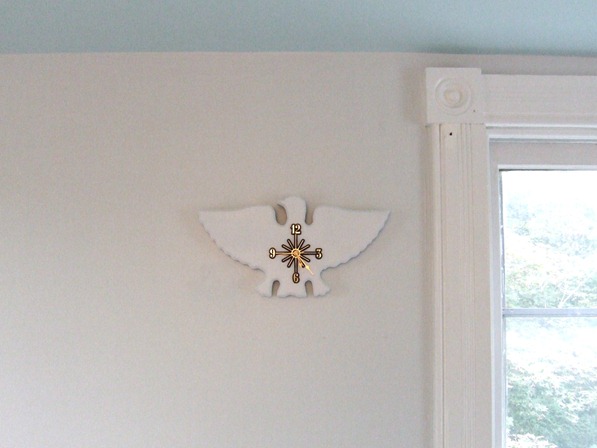 Generally I would hang it at eye level (not my eye level, but the eye level of a normal-sized person), but I am planning shelving for this wall, so it will all make sense once it’s done.

Don’t you love how easy it is to update inexpensive (or free!) dated things with a coat of paint?  Especially things like this that serve a function and add some much needed quirkiness to a room.  Every room needs some quirkiness.

Back from the west coast

How to make a $2 wood grain binder