March 8, 2013by Christina
The powder room is complete! It started out as this: We only planned on replacing the toilet and sink at first.  Then there were some issues with the floor.  So since we were going to pull it up anyway, we got these tiles to replace the vinyl planks: And then we found some mold behind […] 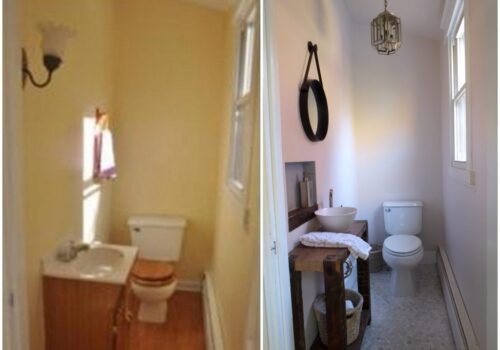 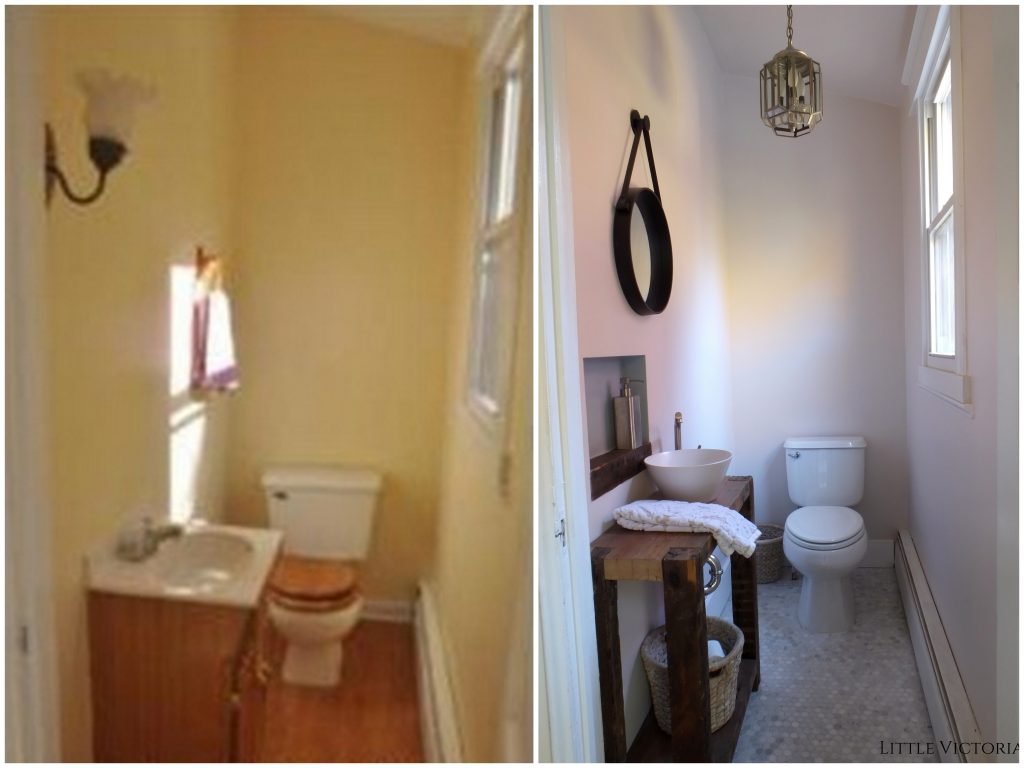 The powder room is complete! 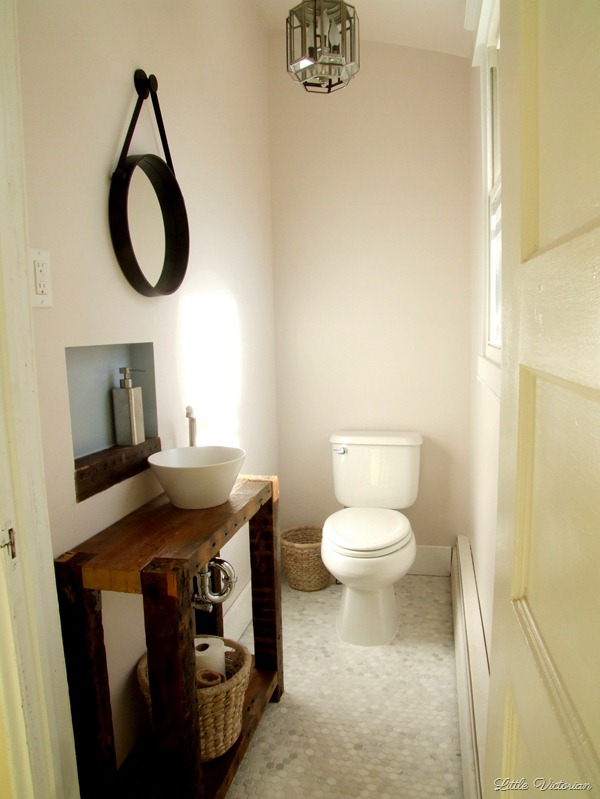 It started out as this: 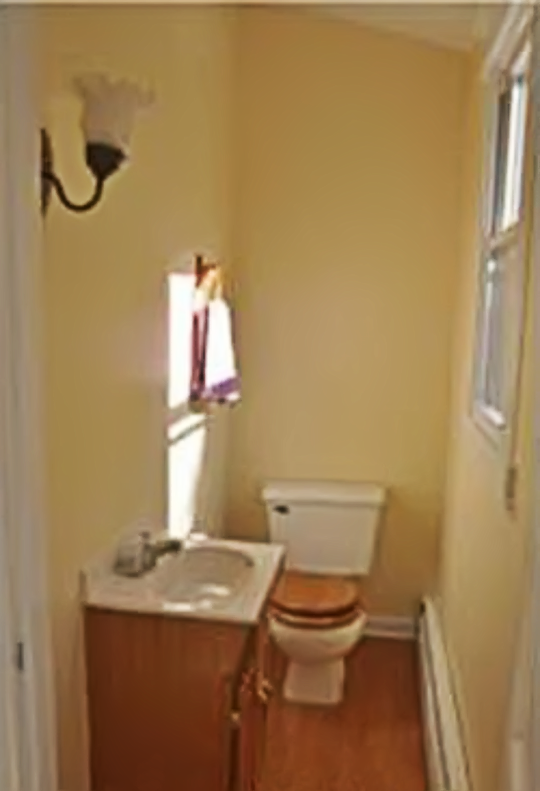 We only planned on replacing the toilet and sink at first.  Then there were some issues with the floor.  So since we were going to pull it up anyway, we got these tiles to replace the vinyl planks: 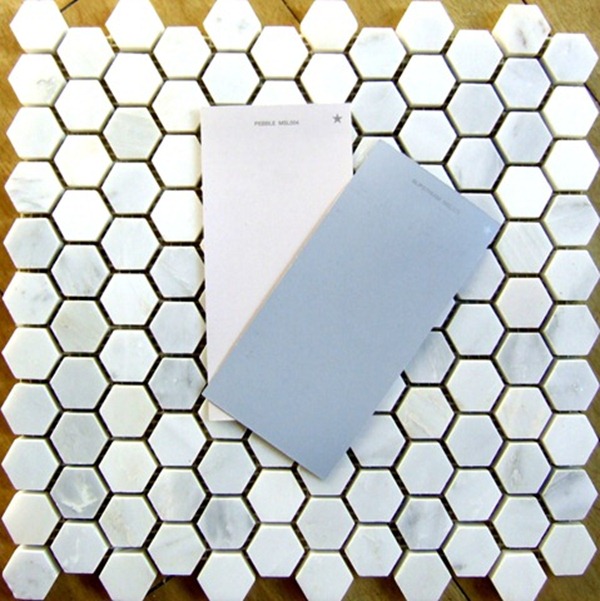 And then we found some mold behind the baseboard while preparing to install the floor.  So we replaced a wall too.  And it looked like this for a while. 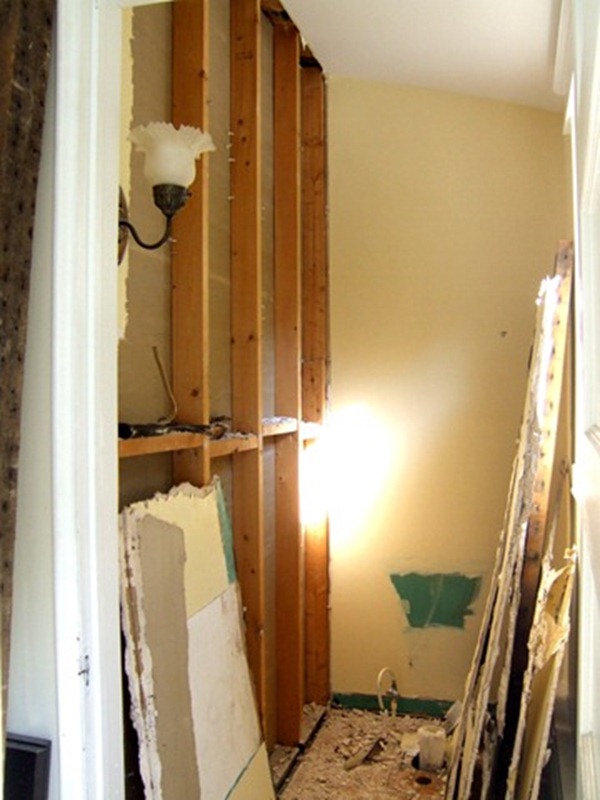 But, since we were adding a new wall, it made building in a cubby above the sink easy. 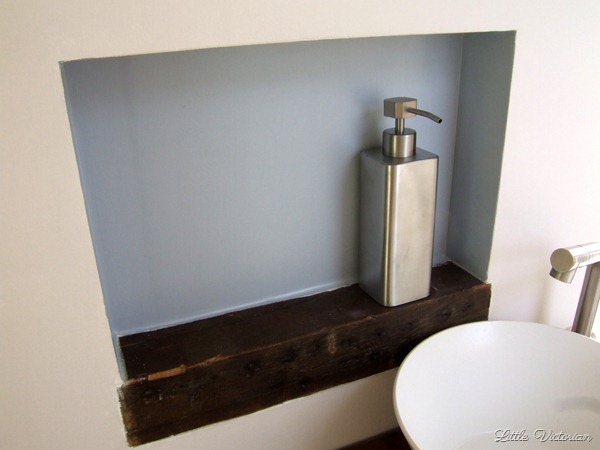 If you’ve been following along, you know it was 100% DIY, from the marble tile floor to installing the thrifted ceiling light.  We had a setback after grouting the beautiful new floor, but were able to fix it cheaply and naturally.  We built the sink base from scratch out of reclaimed fence posts purchased at an architectural salvage store. 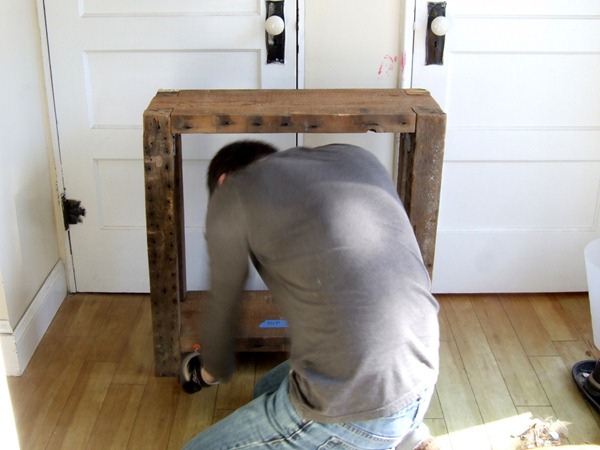 And we made the vessel sink from a $12 serving bowl. 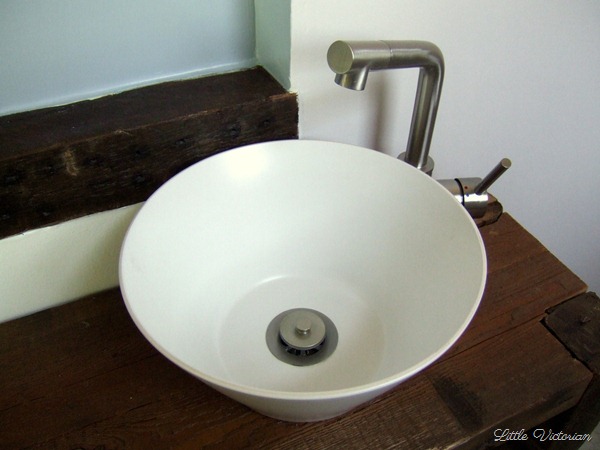 We painted the walls and ceiling, installed trim around the door (there was just a big hole when we moved in) and hung a mirror. 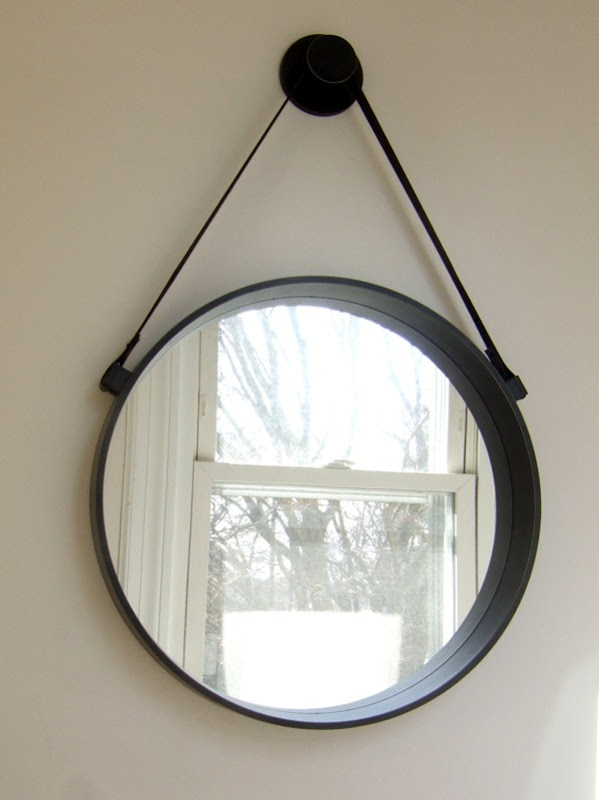 I’m crazy about this cute mirror, but it’s a little too small with a 15” diameter.  Normally, it wouldn’t be a big deal, but since the Hubs is almost a foot taller than me, he is at the very top end of the mirror and I’m at the very bottom…  The design should be a fairly simple DIY, right?  Maybe someday I’ll make a bigger version of it.

Originally, the room was lit by one ugly wall sconce.  But this room has the highest ceiling in the house, so we were absolutely going to take advantage and hang a light fixture in the center.  The geometric light was a salvaged bright brassy number for under $10.  I spray painted it brushed nickel and then sanded off the high spots to age it a little. I’m quite pleased how much we were able to stick to the original mood board this time! 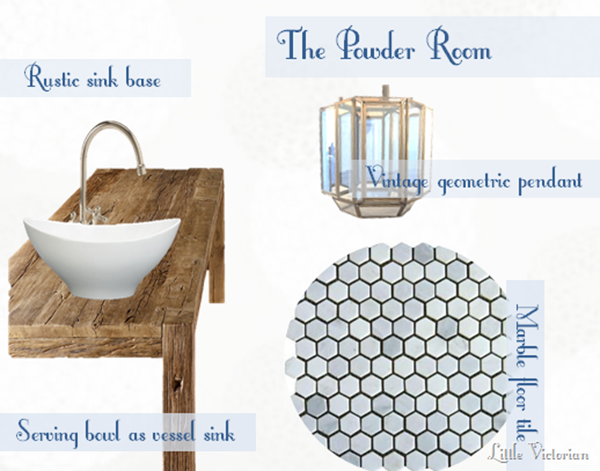 This little 3×6 room feels so much bigger (and less awkward!) than it did before. 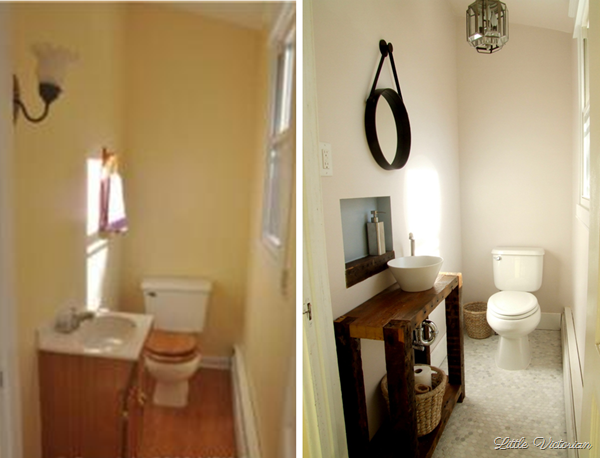 Total cost was under $500.  We didn’t save the receipts for an exact total, but here is the ballpark for each item:

There you have it!  2 years after the powder room was rendered unusable because of structural floor issues, it’s back together.  And in style.  We’re pretty happy with it.  What do you think? 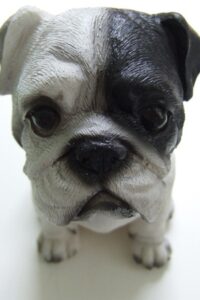